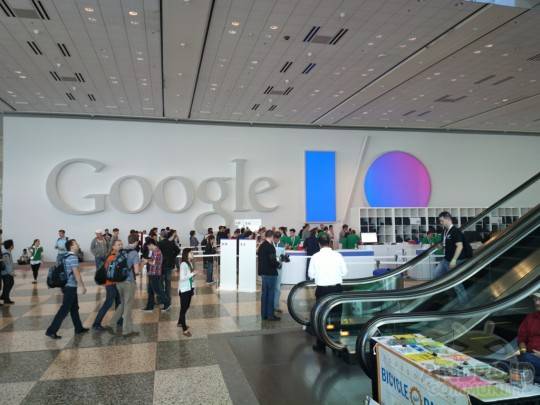 The Google IO event this year was full of good things, details, news, and announcements. This year it wasn’t about those headline announcements such as Jelly Bean, the Nexus 7, Google Glass skydiving into the stage, or anything else. Instead it was all deep developer friendly features. We knew this year would be all about developers, but we didn’t think that was said with such a literal meaning.

Where’s Android 4.3 Jelly Bean or Key Lime Pie
Google didn’t announce a single drop of news or details regarding the next iteration of Android. Something that has been a highlight and main part of Google I/O for multiple years in the past. We’ve been seeing reports and rumors regarding Android 4.3 Jelly Bean – not Key Lime Pie – and surely it’s in the testing phase from Google.

Android 5.0 Key Lime Pie has been heavily debated and talked about, or whatever the next version of Android will be called. Sadly, we didn’t get a drop of information today. Google confirmed today that Android has been growing at a huge rate. So fast in fact that it has doubled in one year, and there is now over 900 million Android activations. Oddly they didn’t announce a new OS update for their biggest platform. Odd to say the least. I could go on about Android 4.3/5.0 for a long time, but you guys all know as much as us. No Key Lime Pie, probably not until October. Android 4.3 could be coming soon though, as an incremental update. 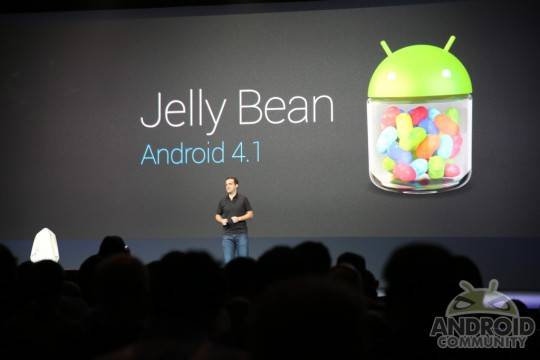 With numbers that high, nearly 50 billion app downloads, and counting Google doesn’t need to push out updates as fast as they have in the past. This confirms previous reports that Google will move to yearly upgrade cycles. Which makes sense now that Android is fast, stable, and the number one Mobile OS in the world. It’s depressing we don’t have a tasty new update to enjoy and talk about, but all the improvements made to Android today are still equally exciting.

Nexus devices or hardware
We’ve been reporting on an improved second-gen Nexus 7 for more than a few weeks now. There’s obviously a Motorola XFON coming soon, and there was also reports of a Nexus 4 with LTE. Sadly there was absolutely zero new hardware here at Google I/O. Well, if the Galaxy S 4 without TouchWiz is considered new hardware. Many were expecting hardware, but Google didn’t bring any to San Fransisco. 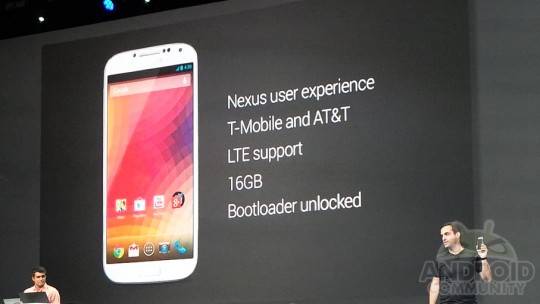 Instead, Google gave out their impressive Chromebook Pixel to all the developers and attendee’s, and announced a Samsung GALAXY S 4 Google Edition with stock Android 4.2.2 Jelly Bean. Yes, 4.2.2 Jelly Bean. So the only new hardware, is actually the Galaxy S 4 with stock Android, a version of Android that’s been available for some time. The unlocked developer friendly GS 4 Google Edition hits late next month for $649, and that’s the only piece of hardware that is new.

Google TV and Nexus Q
We were expecting some details about Google TV this year, since it didn’t have much of a presence last year. Sadly all we’ve learned, not at Google I/O, is that today Google TV is getting updated to Android 4.2 Jelly Bean. Google TV doesn’t appear to be very important to the folks at Google at the moment, and neither is the Q. The Nexus Q was announced last year but was quickly canceled before ever making it to market. Many thought Google would reveal a revamped Nexus Q, but it also was missing in action.

Google Glass
Google’s new Project Glass wearable computing technology needs no introduction. Last year however the introduction was done here at IO 2012 as Google skydived right onto the roof and into the Moscone Center. With such a huge entrance last year we were expecting something similar today. Not only did Google have no huge showing of Glass, they didn’t mention it once. Not once. There’s plenty of Glass Explorers wearing the shades, and plenty of staff too, but the keynote didn’t share any new details. 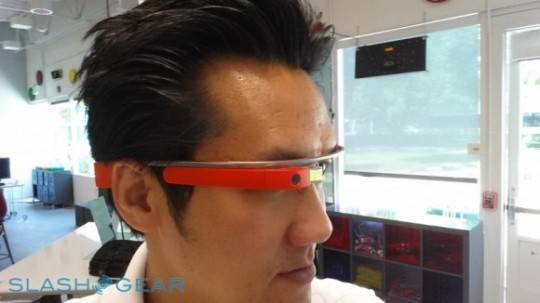 If you were expecting some crazy new improvements to Google Glass, today won’t be the day that happens. It was recently updated to XE5 for the OS, and those updates will continue to push to explorer edition units, but we haven’t learned anything new yet at IO. I was seriously expecting a huge showing, so that’s a bit disappointing. Although Larry Page did tell Robert Scoble that he didn’t appreciate the shower picture that’s been making the rounds. That was worth a laugh or two. 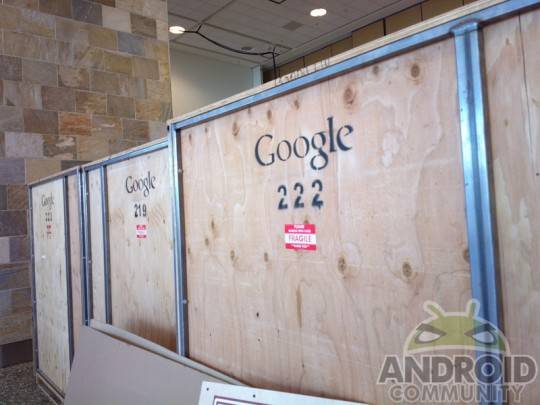 The secrets of Google’s latest mobile OS update, new hardware, Nexus 5 and more will have to wait. As you can see in the image above they still have a few things hiding behind some unmarked boxes. There’s plenty going on this week for Google I/O, tons of developer sessions and more so stay tuned as we bring you the latest. We’d love to hear your thoughts on Google I/O. Did it meet your expectations? Or is the lack of new hardware/software enough for you to be disappointed? Let us know!