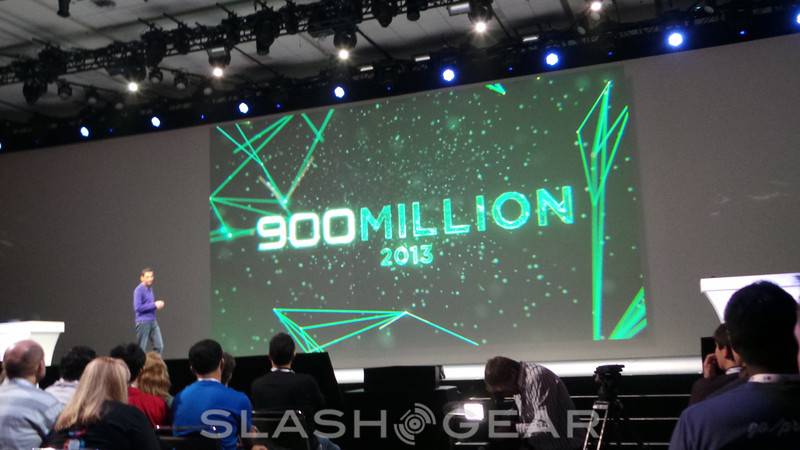 The 2013 Google I/O keynote has begun and as we often hear in the beginning, they are talking numbers. In this case, Android numbers relating to activations and a bit about Google Play installs and revenue. Looking back, 2011 had 100 million device activations and 2012 brought that number up to 400 million.

From that point it was said the “momentum has been breathtaking since then.” Translating breathtaking momentum into numbers and Google was referring to 40 million activations in October of 2010 and 200 million in November 2011. At present, that yearly number has increased to 900 million and it has been dubbed an “extraordinary achievement.”

Shifting away from the installations and into Google Play. The number here is 48 billion, with a B. That is for app installs, of which there were 2.8 billion during the previous month. Given the app install number is high, one may suspect the developers are doing well as a result.

In regards to this, Google shared that revenue per user is 2.5 times what it was last year. Seems like developers should have a bit easier time trying to decide which platform to work with. Touching on the revenue in dollars and while Google didn’t mention specifics, they did say they have paid more this year (in 4 months) than they did in all of 2012.

Plenty more Google I/O coverage still to come so make sure to keep an eye on the portal. In the meantime, while we are already looking at 900 million activations this year — anyone have a guess as to how big that number will be by the end of the year?