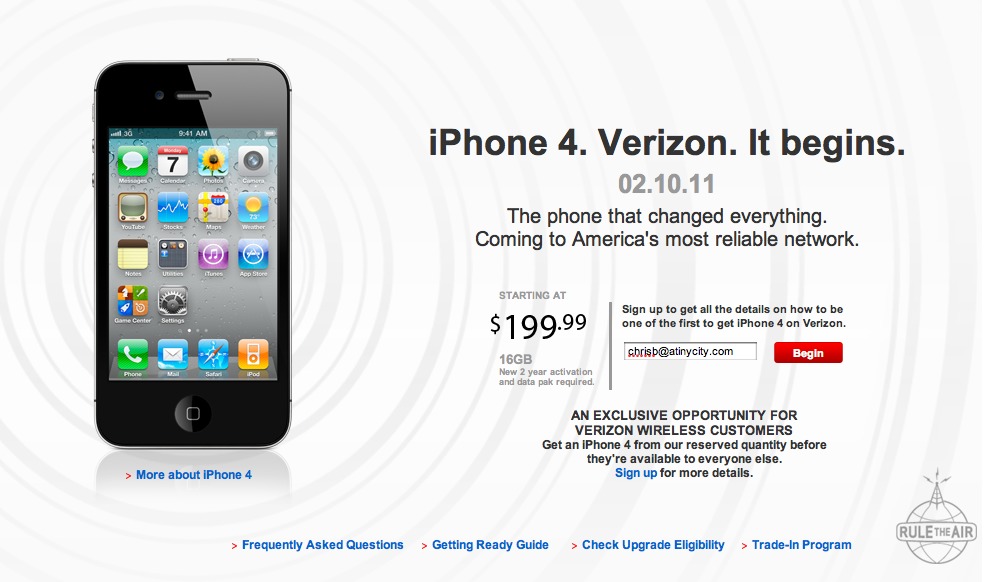 Sleeping. Even if you’re a developer who works until 4 or 5 AM even and sometimes especially on a weeknight, it’s your duty to sleep through that time on that day because guess what? That’s when Verizon releases the iPhone 4 to existing customers. Take a rest, take a nap, even watch a movie. It’s your time to relax and smell the roses, because that phone costs $90 a month that’ll be put to much better use for you — soda pop and USB cords.

You know what else you could spend that $199 for 16GB and $299 for 32GB models iPhone money on? A Motorola XOOM, or a Notion Ink Adam tablet. Heck, you could even build your own tablet and the money would be better spent. Let me tell you why, and stop me if you’ve heard this before.

1. You love Android, and Android loves you back. Why would you leave Android out in the cold like that?

2. iPhone 5 will be wayyy better. If you’ve gotta leave Android out in the cold, at least wait for an uneven number.

3. Wouldn’t you rather go with U.S. Cellular? How about a nice LG Optimus U to tide you over until Mobile World Congress?

4. Three AM is a time much better spent hanging out in the forums, deciding which phone you want your perfectly awesome Android phone to emulate. Who are we fooling?