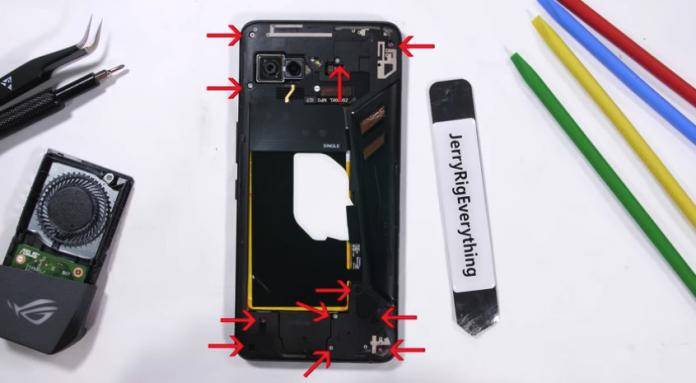 One of the more interesting smartphones unveiled this year is the ASUS ROG Gaming Phone. The Taiwanese tech giant has announced the mobile gaming phone you deserve. We said overkill has a name and soon saw the device up for pre-order on a Finnish website. We also shared everything thing you wanted to know including several variants and those mobile gaming accessories ready to blow your mind. After Asia, the phone has rolled out in the United States–ready to make waves in the country as another gaming machine.

You see, the ASUS ROG Gaming Phone has a number of competitors including the Razer Phone, Razer Phone 2, Xiaomi Poco F1, Black Shark, and the Huawei Honor Play. We’re expecting more gaming phones will be revealed especially in 2019.

A couple of weeks ago we shared with you the ASUS ROG Phone Durability Test by Zach Nelson. The phone wasn’t fully damaged except for a little bend.

The ASUS ROG Phone was pried open, thanks to a heat gun and the usual teardown tools. The unique looking metal and glass combination is crucial so Zach here is obviously being careful.

He concludes the phone is pretty over-engineered and is very complex to disassemble. You can say the oddly shaped back glass panel made it more complicated. 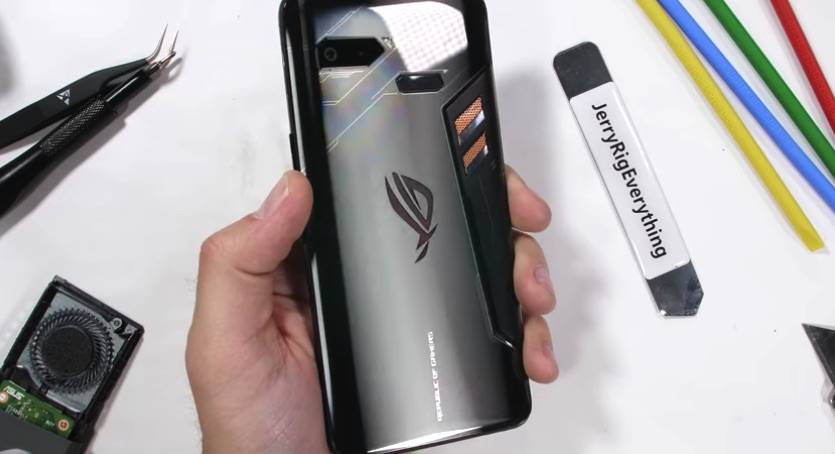