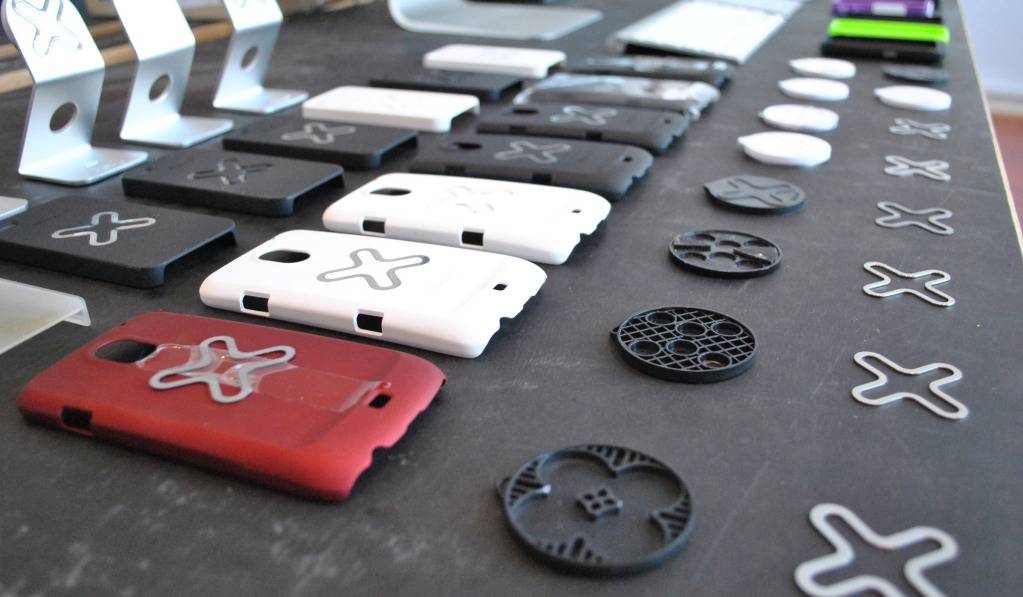 Kickstarter has some great projects in the mobile space, and a lot of them are for nifty accessories you’d be unlikely to see anywhere else – check the Pebble Smart Watch for an exception. But finally there’s a worthy case we can get behind, because the creators have wisely decided to include both the Galaxy Necus and the Galaxy S II in their support. If you’re looking for a unique and certifiably awesome dock for your desk or car, check out Wallee.

The Wallee M is a combination of a case and a dock. Both the back of the phone case (which is a typical slip style) and the front of the mount have powerful rare Earth magnets attached. When your phone is in the case, you can easily set it on a desk, wall or in your car, where it’ll stick with enough force to be safe and comfy. The company plans to sell adapters for flat mount, as wel las more traditional desktop and car (suction-cup) mounts. The Galaxy Nexus and Galaxy S II cases they’re showing off are almost certainly for the international models, since the company is based in Australia. The Galaxy Nexus sold in the Google Play Store should also work.

This is a great idea, and made all the better because you’ll be able to get a new case for future phones without shelling out for new docks. But unfortunately, it looks like it might not make it off the ground. With three days left until their deadline, the project still needs another $10,000 to go. $40 gets you a slip case for the Galaxy Nexus (unless you really, really want an iPhone case) plus one mounting disk. A few dollars more can get you a desk or car mount. Come on, readers – there’s not enough quality Android accessories out there, so let’s encourage this sort of thing.