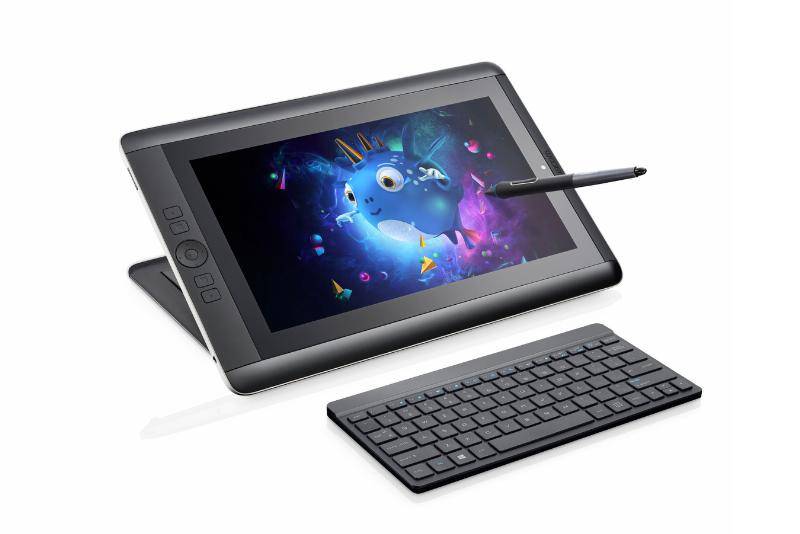 Early this month, Wacom teased us with a video of its “Next Big Thing” slotted for August 20, with rumors of a true, standalone tablet in the works. Wacom has now laid rumors to rest and announced a new line of tablets for mobile creatives. The Cintiq Companion and the Cintiq Companion Hybrid tablets give professional artists and hobbyists the ability to remain productive even while on the go.

The Cintiq Companion Hybrid is an Android-powered tablet that focuses on mobility and adaptability. Powered by an NVIDIA Tegra 4 chip and running Android Jelly Bean, the Cintiq Companion Hybrid allows artists to work in whatever situation they’re in. When hooked up to a PC or Mac, the tablet acts as any other Cintiq tablet, like the Cintiq 13HD. But alone, the tablet still maintains its productivity with Android creative apps, including a new Wacom Creative Canvas app for sketching and painting. Transferring work to and from work computers is made easy with the pre-installed ASTRO File Manager app.

The Cintiq Companion, on the other hand, runs a full Windows 8 or Windows 8 Pro system, running on a 3rd gen Intel Core processor and an Intel HD 4000 GPU and 8 GB of RAM, giving users complete access to regular versions of their favorite apps, such as Adobe Photoshop. Both the Cintiq Companion and the Cintiq Companion Hybrid comes with the usual assortment of tablet features such as WiFi and Bluetooth connectivity, an 8 megapixel rear camera, and a 2 megapixel front camera. They also sport Wacom’s popular controls such as ExpressKeys and Rocker Ring.

There are still some details left out in the announcement, such as screen size and resolution or specific Android version. The Cintiq Companion Hybrid will be available from Wacom’s eStore mid-September at $1499 for a 16 GB model and $1599 for the 32 GB variant. The Cintiq Companion will be available later in October and will be priced at $1999 for a configuration running Windows 8 with a 256 GB SSD and $2499 for a Window 8 Pro and 512 GB SSD.