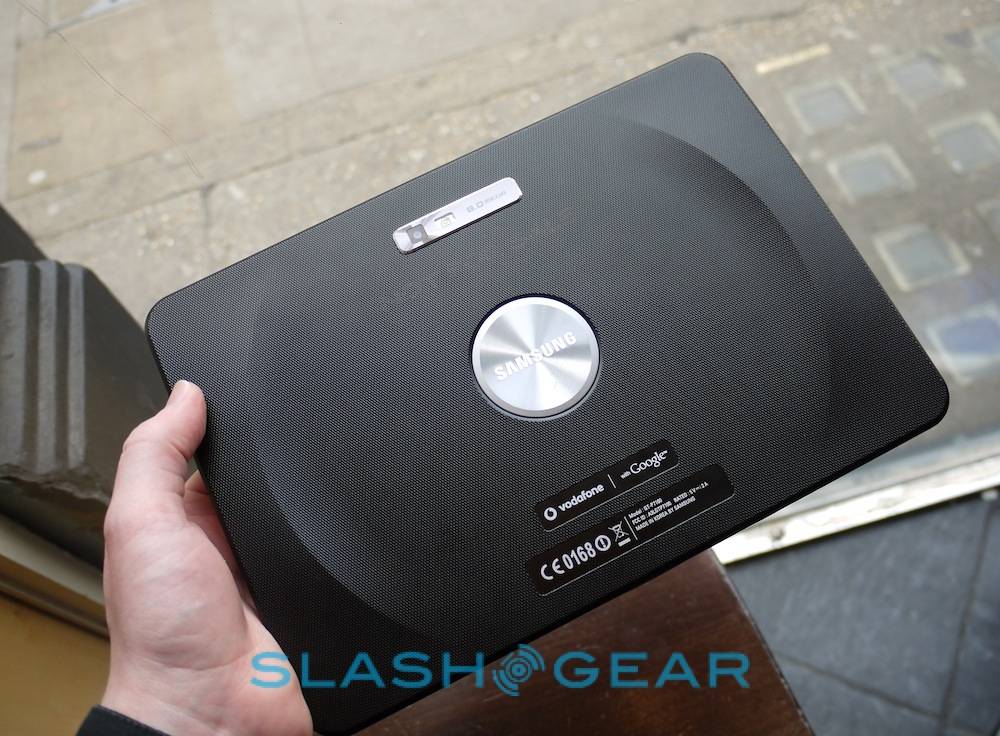 Bad news if you were holding out for an 8-megapixel Galaxy Tab 10.1v in the UK, with Vodafone UK deciding to switch their attentions from the original Samsung slate – announced as an exclusive to the carrier back at its debut in February – to the updated, slimmer version that followed on in March. Vodafone has alerted pre-interest customers to the change in an email today.

Samsung whipped the original 10.1 back into the labs after Apple unveiled the iPad 2, returning at CTIA with a slimmer version that switched out, among other things, the 8-megapixel original camera for a 3-megapixel alternative. Vodafone initially pushed ahead with its plans for the Galaxy Tab 10.1v, launching it in Australia and Germany, but the UK arm has obviously decided the thinner model is more competitive and opted for that instead.

It’s unclear when exactly the Vodafone Galaxy Tab 10.1 will hit the market, with the carrier still yet to announce launch dates or, indeed, pricing. The slate arrives in the US on June 8 in WiFi form, with an LTE version hitting Verizon Wireless this summer.