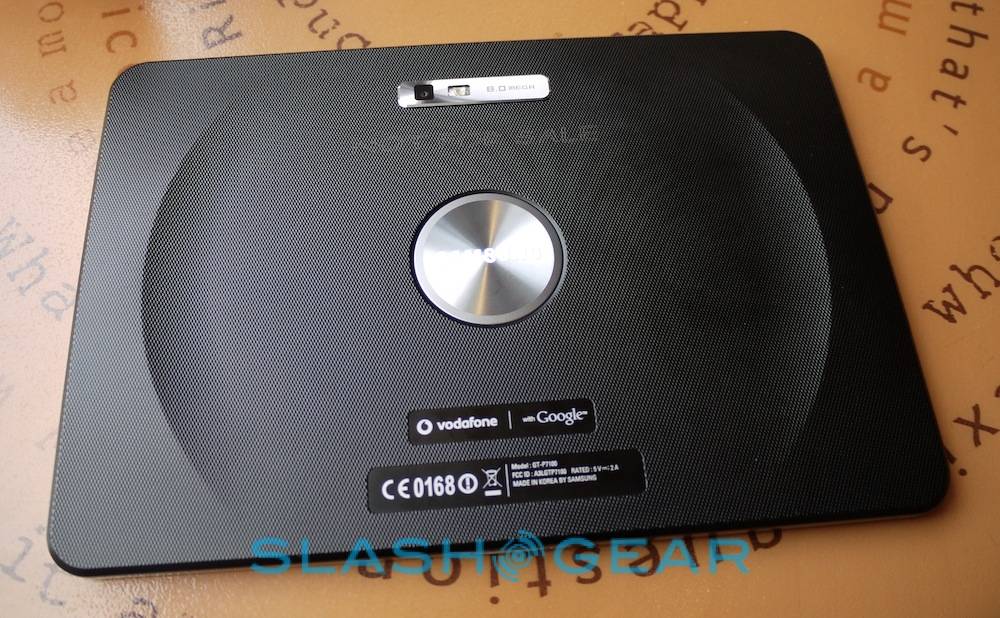 Have a look with us much closer to this bigger and significantly modified version of the original Galaxy Tab, indeed a brand new monster wholly on the outside and the in. We did get the chance last week to take a peek at this device at Mobile World Congress 2011, but as our good pal Chris Davies had the opportunity, it didn’t make a moment of sense not to turn another peek at the device out in the wild. This is the Vodafone-branded version of the tablet and it does not fail to impress.

This particular tablet does not quite yet have final software, but when it gets released, it’ll be basically the same Android 3.0 Honeycomb experience as we’re experiencing right this moment on our Motorola XOOM tablet. Chris took the opportunity to ask the Vodafone group if there’d be many changes made to the face of the OS particular to them the carrier, but lo and behold, they said nay. Aside from the splash screen at the startup, apparently this device will have the same experience OS-wise as the Google-optimized XOOM. 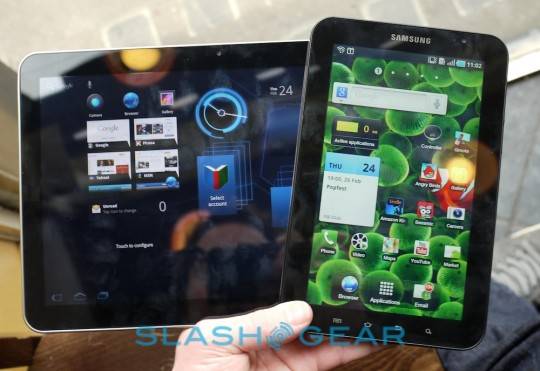 Vodafone noted that they’re pushing for as early an application of the full version of Honeycomb as possible, but we’ll be waiting to see how that pans out. As for the hardware, the actual unit is 200g lighter than either an iPad or a XOOM (as they weigh essentially the same, or say they do.) Because of this weight, the unit is easy to hold even with one hand in landscape orientation. Although the back’s texture plastic doesn’t feel exactly as high-quality as the metal does on its competitors, the weight of the device seems to be worth the trade-off. 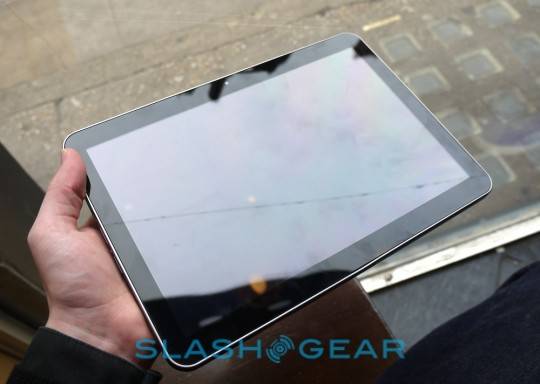 The screen we’re a bit disturbed with. It’s so glossy we’ve been using it as a mirror to see if we’ve got bed-head. This will undoubtedly be rectified by easy-to-apply screen protectors down the road though, we hope. Inside you’ll find a dual-core 1GHz for speed and super slick movement, and only one thing missing: an HDMI connector. When you think about it, it seems odd that the HDMI connector has become so standard in devices being released over the past few months though, so if you’re beyond such things, this tablet is set up nicely to be an alternate for the XOOM. The 8-megapixel camera coupled with the soon to be released Google Movie Studio for Honeycomb aren’t too shabby either. 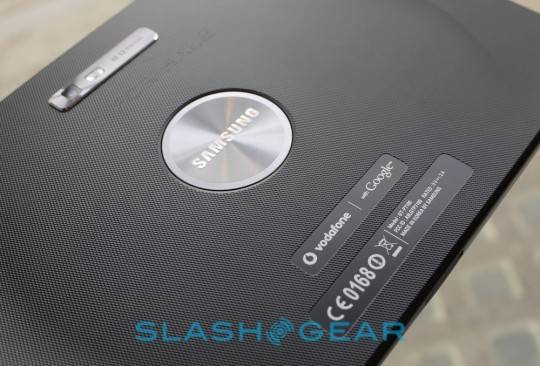 Have a peek at the photos below and see some additional pics plus Chris Davies very similar perspective over on SlashGear.