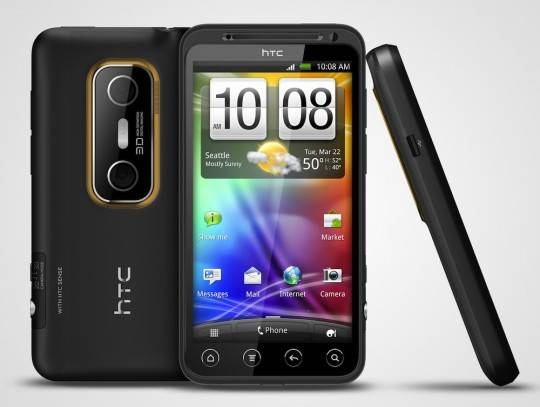 You snooze, you lose, HTC. UK carrier Vodafone has confirmed that it has dropped the HTC EVO 3D from its line-up, after continued delays in the glasses-free 3D smartphone’s availability. Speaking to a Vodafone spokesperson today, Android Community was told that the carrier had decided that, given the devices it currently offers and those it has in the pipeline, and that “due to delays to the launch of the device” it felt the EVO 3D was no longer required.

Those customers who had already pre-registered their interest in the EVO 3D on Vodafone will be contacted and the decision not to range it explained. The handset has already been removed from the Vodafone “Coming Soon” page. “We realise this will come as a disappointment to some people but we already offer some fantastic phones, like the HTC Sensation and Galaxy S2, with some really exciting handsets in the pipeline” the Vodafone spokesperson told us, “and we’ll continue to focus on bringing the latest and greatest smartphones to Vodafone customers.”

While the EVO 3D went on sale in the US on June 24, having been initially announced back at CTIA 2011 in March 2011, European sales of the GSM variant are yet to begin. HTC confirmed it would be offering the device in GSM form back at the end of June.