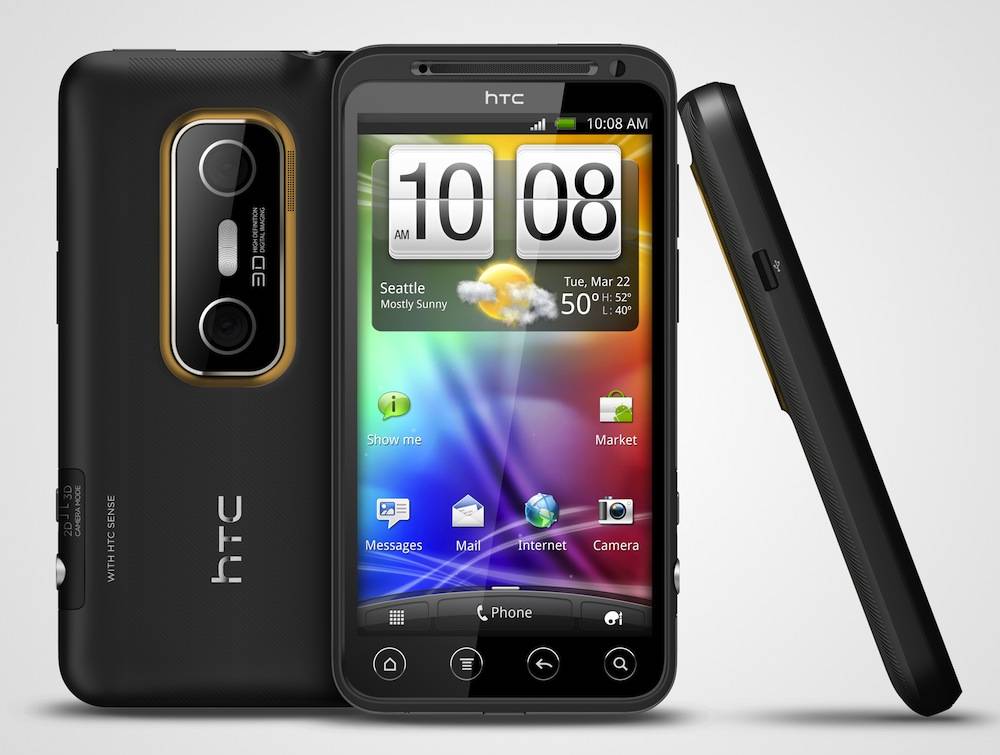 The HTC EVO 3D has been officially launched in Europe, with the glasses-free 3D smartphone set to go on sale from July 2011. Offering a 4.3-inch qHD resolution screen like the HTC Sensation, only supporting 3D graphics without the silly specs, the EVO 3D has HSPA+, a 1.2GHz dual-core processor and a dual 5-megapixel cameras that support 2D and 3D stills and video at up to 720p HD resolution.

OS is Android 2.3.3 Gingerbread with HTC Sense 3.0, and there have been a few tweaks made to suit the 3D capabilities. We met up with HTC last week to discuss the EVO 3D, and the company told us that, while it could have made the whole UI 3D, after tests it decided to keep things predominantly 2D as the third dimension was unnecessarily distracting. HTC Watch will offer 3D video content to buy (some territories will get a preloaded copy of The Green Lantern in 3D), though there won’t be any 3D games at launch; HTC tells us that they’re in the pipeline. 3D photos can be easily sent to users with non-3D devices as 2D versions, meaning backward compatibility.

Otherwise, the HTC EVO 3D has dualband HSPA/WCDMA supporting up to 14.4Mbps downloads and up to 5.7Mbps uploads (network depending), a microUSB port that supports MHL HDMI (with 3D output if your screen can handle it) and both WiFi b/g/n and Bluetooth 3.0. There’s 1GB of user-accessible ROM and 1GB of RAM, along with a microSD card slot, and the whole thing weighs in at 170g and measures 126 x 65 x 12.05 mm, though the blunt edges make it feel a significantly bigger, heavier device than the curved Sensation. We do like the dedicated camera button and physical switch for toggling between 2D and 3D modes.

As for the bootloader, since the EVO 3D was in development while the decision to open up future HTC devices to third-party ROMs was made, it’s not clear what will happen. HTC told us that’s still being discussed internally, and that it’s “not as simple” as throwing a switch on production units. Pricing is also to be decided, though it’ll likely come in alongside the Sensation.

For more on the HTC EVO 3D, check out our full review of the US version, which – radios aside – is functionally identical.