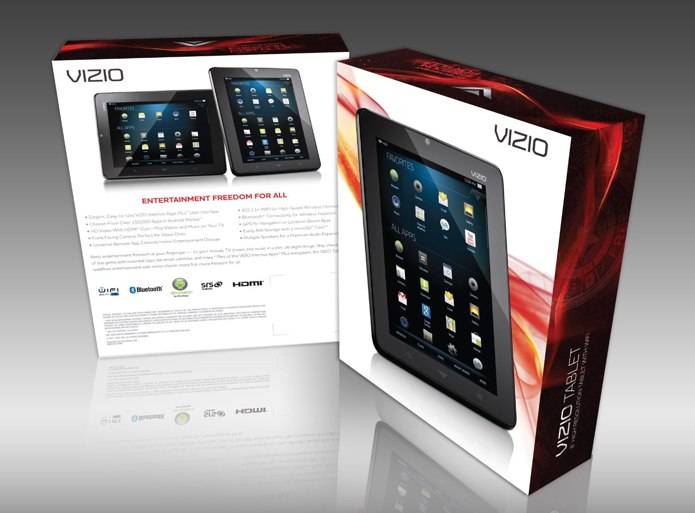 Vizio’s 8-inch Android tablet has gone up for pre-order at Amazon, offering a 1024 x 768 capacitive touchscreen, Honeycomb OS and the ability to control HDTVs and other A/V equipment via an integrated IR emitter and universal remote app. The slate was announced back at CES 2011.

Pre-orders through Vizio itself began at the start of the month, with the tablet expected to begin shipping on July 18. There it’s $399.99, versus the $349.99 that Amazon is asking, though when you buy direct you get it with a 16GB microSD card and a special folio case that also works as a stand.

If you can do without those accessories, though, you can save $50, and we imagine many would-be buyers will be looking for the cheapest option. Your money gets you front and rear facing cameras and WiFi b/g/n, though Amazon isn’t saying when it expects the slate to ship.