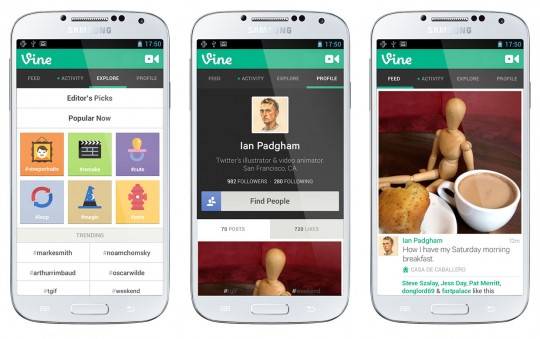 For that that missed the news yesterday, Vine for Android was officially released to the public. Following a rush of users the app was down for a good part of the afternoon, but now you’re able to create 6 second clips with ease all on your Android device. It’s their initial release, and isn’t anything near the iOS version, but getting its first update already.

Vine for Android is as basic as it gets. Like as basic as Vine was when it first launched on iOS. They weren’t able to implement all of those features they’ve added for us Android users, but that will hopefully all be coming soon. Today Vine Inc issued their first (of many) updates for their Android app, but it didn’t really do anything.

So this post is more of a PSA that Vine is now available for Android, in case you missed the news yesterday, and at the same time doubling as somewhere to call out Twitter and Vine for the lack of features. For starters, the camera is a mess. It’s awful, doesn’t autofocus, doesn’t focus at all actually, and even my 13 megapixel GALAXY S 4 images don’t turn out too great. Then of course the front facing camera support like iOS has is missing.

Today’s update lists “Updated user settings and other bug fixes” and that’s all for now. So basically just the most minor update as humanly possible. The developers have promised “frequent updates” the the platform, and this is at least a good sign they might hold to that promise. So are you guys liking Vine on Android? Feel free to share any masterpieces below. Get the latest update to Vine and enjoy!