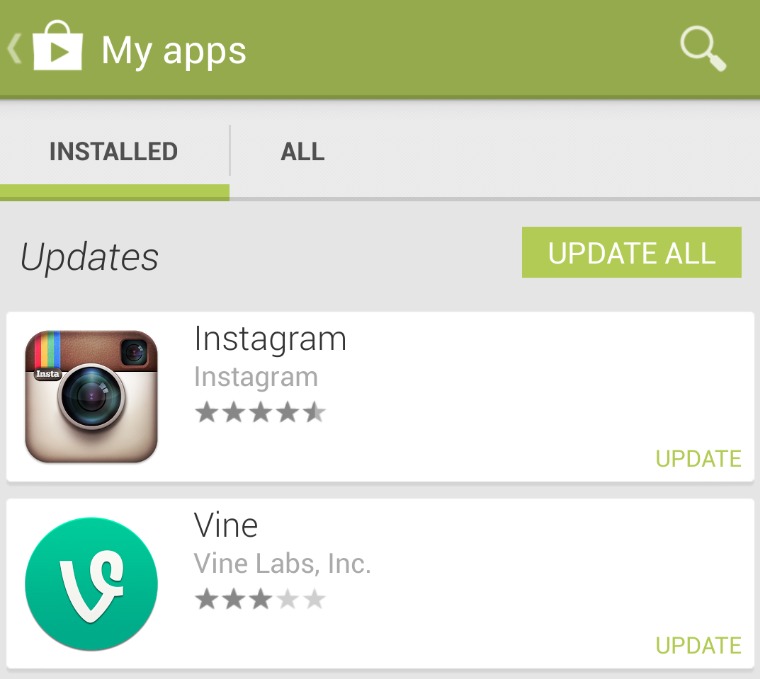 Now that Twitter and their popular Vine video sharing platform is facing some serious competition from Instagram, they’ve had to up their game. It has only been two days since Facebook announced 15 second videos for Instagram, along with an impressive and top-notch app update, and now Vine is fighting back already. Read on for more details on the massive update Vine just received on Android.

Vine launched on Android a few months after the iOS version, and as we mentioned, it needed some serious work. The camera was a mess, we didn’t have all those hashtag and mention features (really, Twitter?) and the entire app just wasn’t all that smooth. Today, they’ve fixed most of these complaints and we now have a much better experience.

Yesterday we reported on five reasons Instagram was better than Vine on Android, and this update just solved most of those issues, but not all. Both have just been updated in the Play Store, and these social sharing apps are fighting head on for your clicks.

Vine now has the option to search for users and friends, as well as hashtags, they added a ‘Share to Facebook’ option (in your face Zuckerberg) and seriously overhauled the camera. Which was our biggest complaint. They improved the capture speed and quality, as well as improved video/audio sync. We still don’t have a good auto-focus option, but that’s hopefully coming. Here’s the full list.

If you watch tons of Vine videos, you probably didn’t know it was caching each one. Head into your “my applications” settings on Android and it could be taking more than 1GB of space due to Vine saving the clips on your device. Now they’ve added an option in settings to clear that cache, so that’s good.

The big fixes and UI improvements are minimal, but it does feel a little smoother and faster as of this afternoon. We’re still using both a little here and there, and are expecting more Vine updates and possibly longer recording options in the coming weeks. What’s your go-to video sharing app? Get the new Vine for Android and enjoy it!