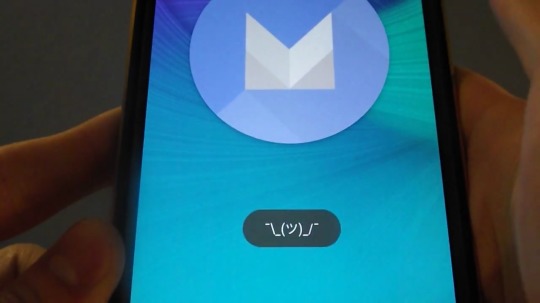 When we told you about the news that somehow, some owners of the Galaxy Note 4 in Hungary were receiving the Android 6.0 Marshmallow update, some were probably skeptical and some (like us) think this was just a mistake on the part of Samsung. Well, we still don’t know which is which, but what we do know is that one of the lucky individuals named Aaron has posted a video giving us a peek into what it looks like and sparking another “is it real” discussion.

First of all, it does look legitimately like a Galaxy Note 4 since it has an aluminum frame which was first seen with this phablet and the model number, SM-N910F, should be proof enough. Aaron also shows us that the Android version shows 6.0, so yes, we can assume that it was indeed upgraded to Marshmallow, even though there has been no official word that the Galaxy Note 4 will receive such an update.

From the video itself, we can see that there are indeed new icons on his phablet, as well as a new Air Command menu. He was also able to use the quick note-taking option which should allow users to write notes even without unlocking the screen. There is also faster user interface and the animations do look a bit smoother, but there is also a bit of a lag, as some apps don’t load as fast as they should.

Since this build is not as smooth as you would expect from a final one, then maybe this was a Developer Preview that was “accidentally” released into the wild. There is still no official word from Samsung if this is “legit” and if the Galaxy Note 4 will legitimately be upgraded to Marshmallow.

Thanks for the tip, Peter!