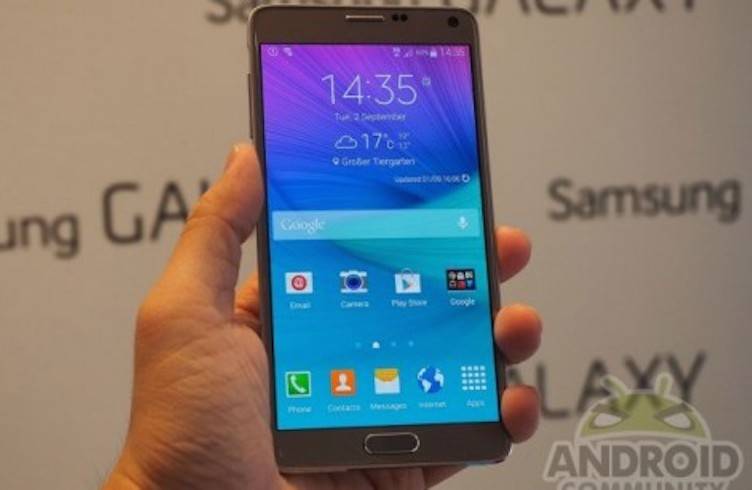 Owners of Samsung’s previous phablet flagship, the Galaxy Note 4, are still waiting for news or confirmation that their neglected device would be upgraded to the newest Android build, the Marshmallow 6.0. However, it looks like either the OEM is playing a cruel trick on owners or someone may have accidentally pushed a button, because an editor at one of the online news sites says that they received an update with a firmware build that is confirmed to be Marshmallow.

It’s highly improbable that the Galaxy Note 4 will receive the Android 6.0 update since the 2015 Galaxy flagships haven’t even received theirs. In fact, some devices in some regions are still waiting or in the process of getting Android 5.1.1. But the “mistaken” update did bring several new features to the Note 4, particularly the screen-off function that allows the Galaxy Note 5 users to start writing on the screen even though it’s locked. However, that feature is actually possible through a hack or 3rd party apps, so it shouldn’t be the conclusive confirmation that it has indeed received the Marshmallow update.

But other signs indicating that it is a legit (well, sort of) update is the presence of new app icons and Air Command menu that could only be previously found on the TouchWiz in the Galaxy Note 5 and the Galaxy S6 edge+. Performance is also said to have improved, although multi-tasking lag is still present.

So yes, Galaxy Note 4 users, do not get your hopes up just yet that you will be receiving the Marshmallow update at all, and even way before than the other new Galaxy flagship devices. No word yet from Samsung as to whether this was just a mistake or any other explanation offered.