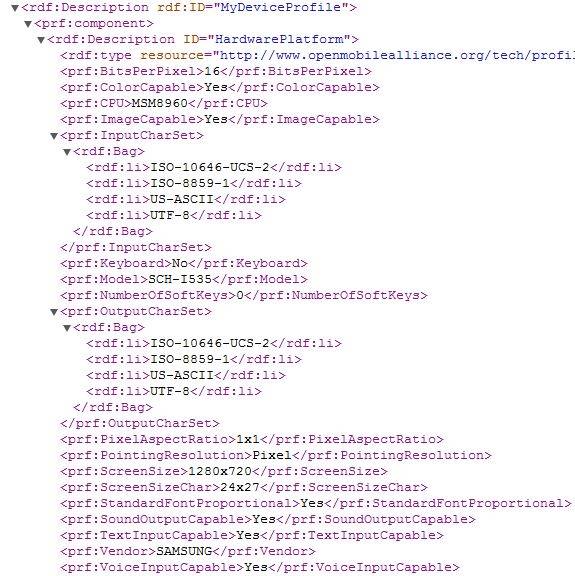 While we’ve learned just about all the juicy details about the upcoming Samsung Galaxy S III, the always-tricky US release plans are still a mystery. A Samsung executive said that American versions of the phone would go with a Qualcomm Snapdragon S4 processor instead of Samsung’s own Exynos 4 Quad, presumably for better compatibility with LTE networks, but we’re still in the dark as to which networks it will land on. A user agent string spotted by PocketNow shows something called the “Samsung SCH-I535” running on Big Red, with – you guessed it – a dual-core Snapdragon S4.

There’s plenty of reason to suspect that this guy is in fact Verizon’s variant of the Galaxy S III. The naming convention suggests something that’s at a higher level than the Galaxy Nexus (Verizon model number SCH-I515) and the DROID Charge (SCH-I510). The “MSM8960” indicates the clear presence of a dual-core Qualcomm Snapdragon S4. The reference to a 1280×720 screen leaves little doubt that this is the Galaxy S III, or at least a very close relative.

Those mourning the loss of an Exynos processor shouldn’t feel too bad. The S4 is a fantastic piece of silicon in and of itself – check out our own comparison between the Tegra 3 version of the HTC One X and the Qualcomm-equipped One S to see why. We’ve got just over one day to go until Samsung announces the Galaxy S III in London, and hopefully puts rumor to rest for good.