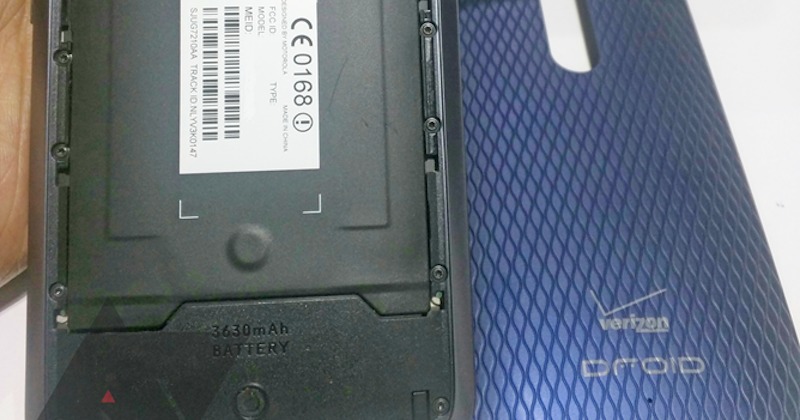 We believe the Moto X Play will be arriving in the US as the Droid MAXX 2 and will be exclusively available from Verizon. It’s more than just a rumor now because some images have been leaked that tell us the smartphone is only being geared up for release. We’re not saying this one is final but the phone looks a lot like a Moto X Play which we all know is a DROID phone in the country.

You can’t go wrong with the Verizon and DROID branding so this XT1565 could be the DROID Maxx 2 we’ve all been waiting for. Don’t be confused because it’s Motorola and Verizon’s decision to call the Moto X as a DROID last year. It’s just a simple renaming but the specs are essentially the same.

It’s a DROID alright but they say it looks less like a DROID compared to the older model. Specs include a 5.5-inch 1080p display screen, 2GB RAM, Snapdragon 615 SoC, 21 megapixel rear camera, and a 3630mAh battery. The 21MP main cam and massive battery alone are enough to make us think this one is another winner from Motorola. However, it’s not clear whether this model will only have 8GB of built-in storage which we know won’t be enough for any smartphone within the mid-range category. The Moto X Play that’s available in the UK and Canada have 16GB or 32GB so an 8GB is obviously a downgrade if it’s true.