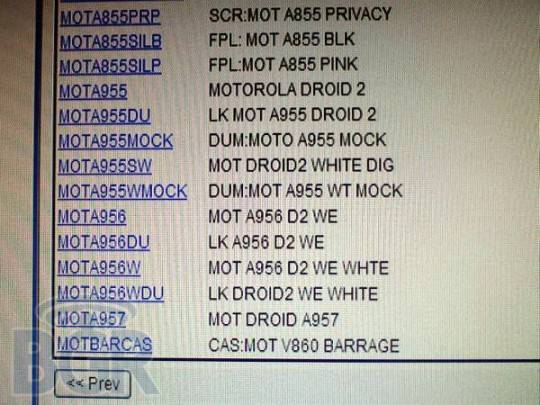 We all know that Verizon is the smartphone leader when it comes to customer base. AT&T and the iPhone are not far behind them. With AT&T possibly losing the iPhone exclusivity soon and not focusing on Android devices, will Verizon take a huge lead in the marketplace?

It’s no doubt that the buzz word on the streets, when it comes to Android handsets, is the word DROID. You hear it spoken everywhere now, along with the ever so popular iPhone. Almost as if Verizon rebranded Google’s Android OS. The Droid X, Droid Incredible, and the Droid 2, have accounted for 27% of the Android sales in the second quater, which is quite impressive. Sprint and T-Mobile of course have great Android handsets, but it’s Verizon that’s getting the the majority of the flagship devices for the US. We have also seen the roadmap that was showing Verizon has more Droid branded phone’s in the close future, also with a mention of Android tablets from Motorola and Samsung.

So where does this put Verizon? In a very good position. If the speculation is true and Verizon does land the iPhone along with it’s Droid lineup, the combination could be dangerous. Let’s hope we see more Android flagship devices on the other carriers, but as far as we are concerned, Verizon can keep on pumping out those Android OS devices and things can only go up from here.