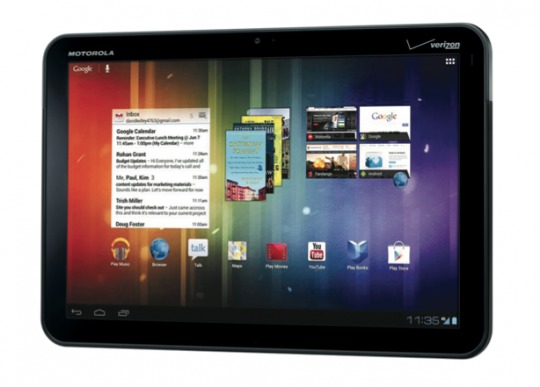 The Motorola XOOM 4G LTE is far from the newest tablet available at the moment. In fact, at this point it is probably more accurately described as being one of the oldest. But even with that, it looks like the updates will continue. In this case we are looking towards those who happen to sporting the Verizon branded XOOM 4G LTE.

It seems Verizon has approved an update to Android 4.2 Jelly Bean. More to the point, Big Red has detailed the update on the support pages. Those sporting a Verizon XOOM 4G LTE will want to be on the lookout for an update notification to arrive, but otherwise — here is what can be expected. The update will arrive as Android 4.2 with build JZO54M.

That being said, aside from the perks of Jelly Bean, the changelog isn’t all that long. This means goodies such as Google Now and Notifications. More to the point with those notifications, they are actionable. That means users are table to take direct action from the drop down notification shade with things such as email and text messages. You can also expand these notifications to get additional details.

Otherwise, aside from the Google Now and Notifications mentions there were only a few items mentioned under the “device improvements and fixes” category. Those items are as follows;

Perhaps more important here is the history. While the XOOM 4G LTE is probably not a tablet that many will call wonderful — it is hard to deny that it is one that seems to have been taken care of. With this Android 4.2 update, that means XOOM users have gone through two major system upgrades. After all, if you remember back, the tablet received Ice Cream Sandwich back in June 2012.