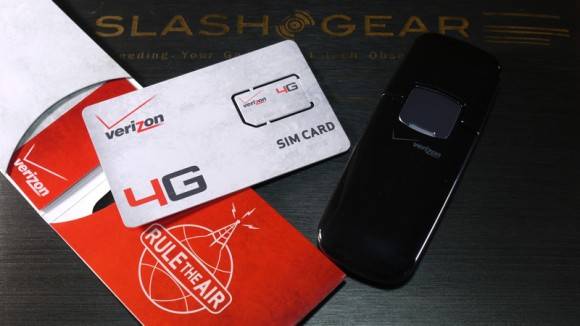 Verizon is promising “a sneak peek of a suite of consumer-oriented Android-based devices for its 4G LTE network” at CES 2011 this week, as part of a taster to the LTE smartphones the carrier plans to release imminently. The exact brands on show have not been specified, but we’re assuming the line-up will include the leaked devices from LG, Motorola, HTC and Samsung.

The demo will also include a showcase of “more than 40 new solutions” using LTE connectivity, presumably to give Verizon the opportunity to explain exactly why we should want 4G. The Verizon CES 2011 event will be held on January 6 2011.

LAS VEGAS and BASKING RIDGE, NJ — Verizon Wireless said today that its first-ever exhibit booth at the International Consumer Electronics Show (CES) will show off the consumer and enterprise capabilities of its new 4G LTE network with the products, services and solutions that take advantage of the blazingly fast speed and low latency of the new wireless network. On Jan. 6, the company will also offer a sneak peek at a suite of Android-based LTE consumer devices at a news conference.

Visitors to the exhibit booth (Las Vegas Convention Center, South Hall, #35216) will see firsthand how the nation’s fastest 4G LTE network can fundamentally change how consumers manage their daily lives and how businesses interact with each other and with their customers.

Working with nearly 50 different technology ecosystem partners, the Verizon Wireless booth will highlight more than 40 new solutions that take advantage of the fast speeds and low latency of the new 4G LTE Mobile Broadband network. Demonstrations will range from connected home and cars to gaming and entertainment to consumer devices. The demos will also feature new ways to do mobile collaboration for retail, customer service and other industries; home and energy management; and consumer entertainment, including multiplayer gaming, all of which leverage the 4G network in innovative ways. Verizon Wireless and its partners will also feature remote security and health care options and a car that shows different applications coming from the automotive industry.