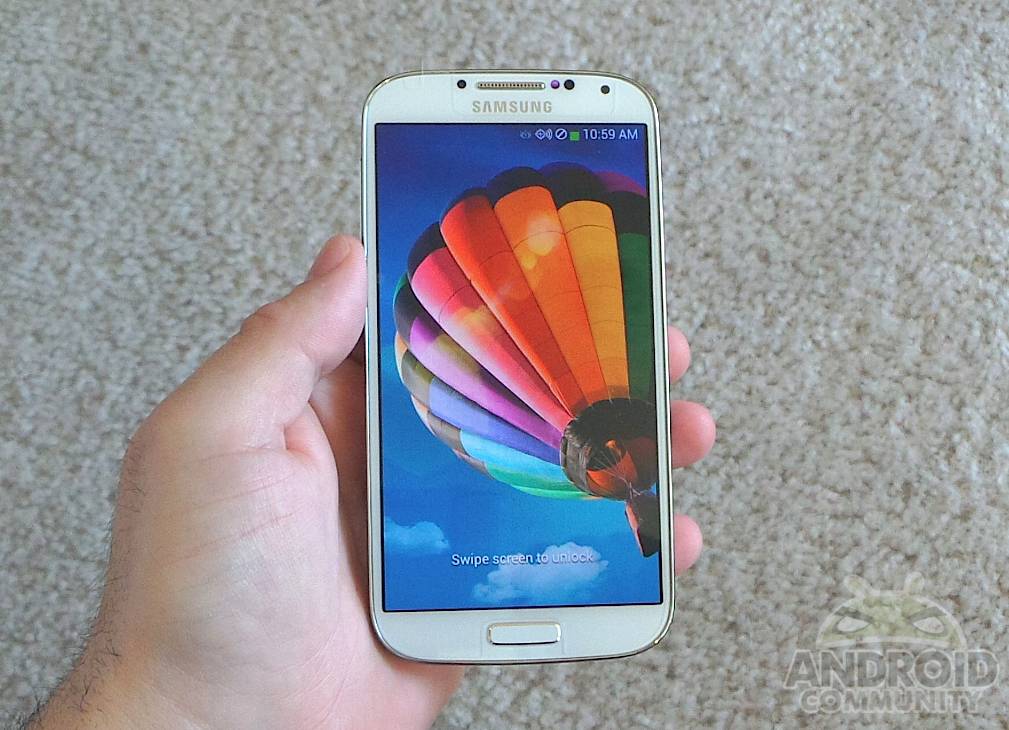 As of yesterday the flagship Samsung GALAXY S 4 smartphone is available from Verizon Wireless. And even though we’ve seen the smartphone plenty and reviewed the international and AT&T model, today we’ll be giving you a quick look and unboxing Verizon’s flavor. It’s the same phone through and through and has their blazing fast 4G LTE, so lets take a look.

In case you missed it earlier this month you’ll want to read through our detailed GALAXY S 4 Review. With an improved design, Android 4.2.2 Jelly Bean and an entire suite of premium apps and S-features you’ll have plenty to see. So since that explains nearly everything and then some, this is just for you Verizon fans to see how it’ll look with that Verizon logo, which thankfully isn’t present on the home button.

Everything is exactly the same here as the AT&T and T-Mobile models, which was expected with Samsung’s flagship one device for all approach. So there really isn’t anything new here to show you guys. Basically we just wanted to flaunt it, and let you know it’s in stores today so go get one! 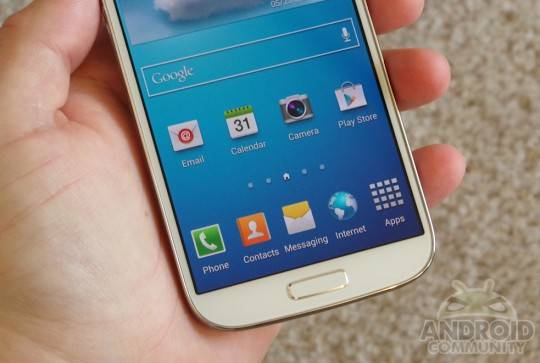 Aside from the stunning and gorgeous 5-inch 1920 x 1080p full HD display, 1.9 GHz quad-core Snapdragon 600 processor with 2GB of RAM, 16GB of storage, 13 megapixel camera and 2,600 mAh battery we also get Android 4.2.2 Jelly Bean. The latest and greatest from Google. We did notice a few subtle differences in the OS though. AT&T’s model had different quick toggles in the notification bar, and Verizon removed a few for some odd reason. Then of course there’s all of Verizon’s bloatware of apps. As well as all of Amazon’s since they have some sort of agreement as of late. 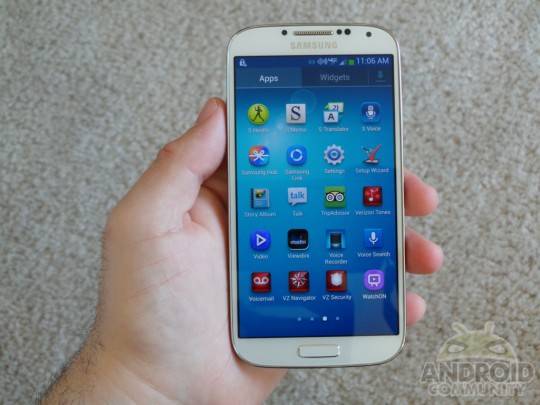 So without further adu, we’ll just let you check it out as we quickly unbox the new Verizon version of the Samsung GALAXY S 4, get our hands on it, and run down the details one more time. Take a peek below.

For now the Verizon GALAXY S 4 is only available in the 16GB model, which has about 9GB free out of the box due to tons of bloatware and fancy Samsung features taking up all your space. Add in a micro-SD card and you’re set. This will run you $199 and a new 2-year contract. Who bought one, or are you still hopeful for a Verizon HTC One?