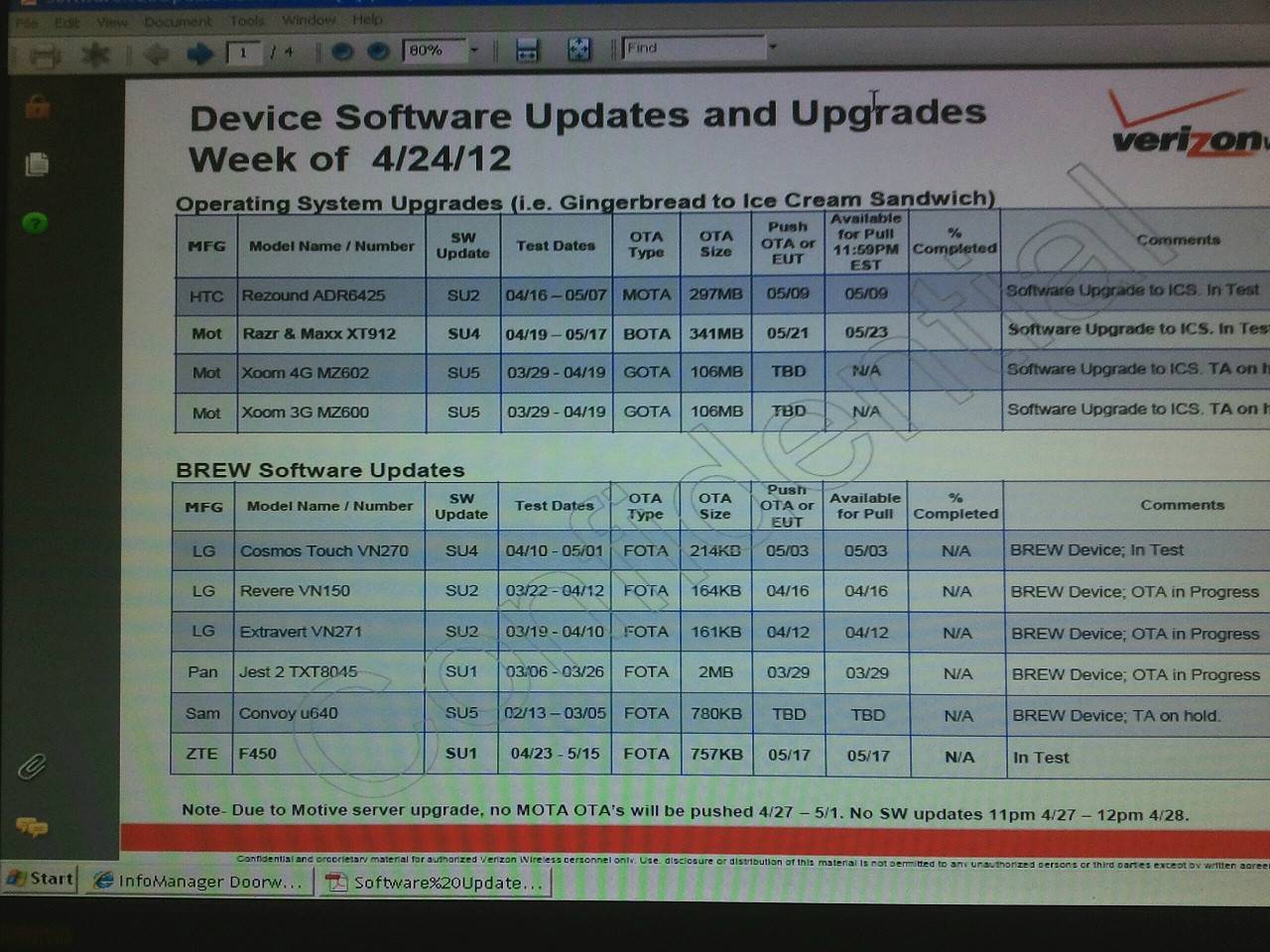 We know, we know – owners of the HTC Rezound, Motorola DROID RAZR and DROID RAZR MAXX got something of a false alarm a few weeks ago, when Best Buy claimed that these Verizon phones were getting Ice Cream Sandwich updates. The upgrade days came and went, but Verizon, Motorola and HTC remained steadfast that they’d be updated… eventually. Now an internal Verizon screenshot shows that the RAZRs’ testing period will end on May 17th, and the Rezound will end even sooner, on May 7th.

According to the leak, the HTC Rezound will finally be given an over the air update on May 9th, with the DROID RAZR and DROID RAZR MAXX following on May 21st. Other devices aren’t so lucky: 3G and LTE flavors of the original XOOM have apparently been through with testing for a week, but the updates still have no estimated delivery time. There are no other devices listed, which might mean that development and testing hasn’t even started.

So, a little over a week for an update to the Rezound and a little under a month for the RAZRs puts these Android 4.0 upgrades about seven months after the open-source software was made available, an coincidentally, around the same time that new models from both Motorola (the DROID RAZR HD) and HTC (The DROID Incredible 4G) are expected to launch with ICS. Adventurous Rezound users have been using leaked software for months, or just flashing custom ROMs, while RAZR owners have had to settle for just the leak thanks to a locked bootloader.