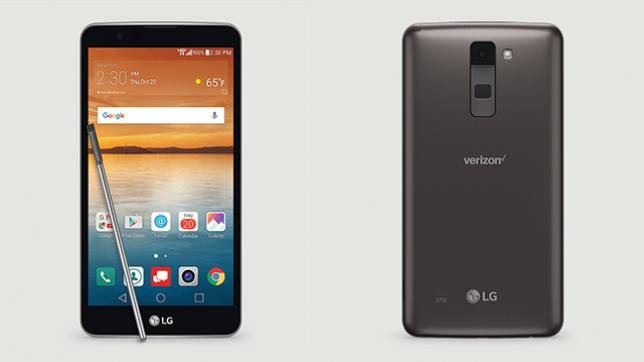 Aside from the new LG V20, Verizon has just announced that the Stylo 2 V is available starting today, October 20. This smartphone is ideal for those people looking for a phablet with stylus (read: Note 7 alternative) that won’t blow up in their faces and will allow them to draw and just write down notes quickly anytime and anywhere. The Stylo 2 V is another addition to LG’s Stylo series that includes the Stylo Plus 2 and the G Stylo released last year.

The stylus-enabled phablet was earlier made available by Cricket Wireless but it’s only now that Verizon is offering the model. Actually, it’s being offered for only a dollar per month if you buy the LG V20. That is one affordable deal that is hard to resist.

The LG Stylo 2 V is ideal for the creative people who need to draw, design, sketch, and write. It’s a smartphone and tablet in-one because of its display size. Other features include a 1.8GHz Octa-Core processor, 16GB onboard memory, 13MP rear-facing camera, 5MP front-facing shooter, 1080p HD video recording capability, and a 3000 removable mAh battery. There’s a microSD card slot for storage expansion up to a maximum of 128GB.

LG Stylo 2 V is available for $10/month for two years on a device payment plan or $240 up front. You can get accessories for it including tempered-glass screen protectors, silicone covers, shell holster, and Incipio Octane and DualPro phone cases.