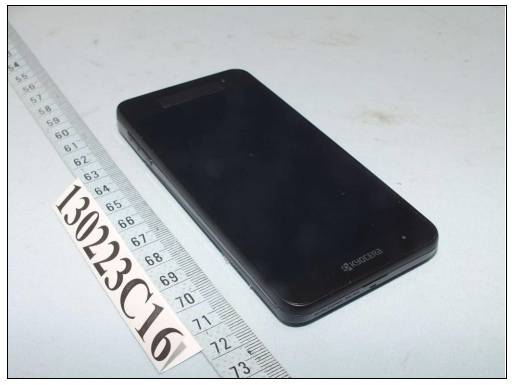 Images of a Verizon Wireless branded Kyocera Hydro Elite leaked back in late-May. Since that point talk of Big Red releasing the handset has gone quite, however it looks like a recently discovered FCC filing has changed that. This filing has the handset listed as the Kyocera C6750, however the images do match up rather nicely with what we saw in render form back in May.

The FCC dropped an image of the front and back in the details of the filing and as you can see in the pic of the front — they have covered the Verizon logo (sitting at the top) with a piece of what appears to be black tape. There is also a piece of tape over another logo on the backside, though we can still see the 4G LTE logo sitting centered on the back.

Aside from what we are able to match up with the earlier leak, this particular filing didn’t offer much in the way of details. There was talk of the handset being a world phone with support for GSM/WCDMA 850/1900. Of course, the expected CDMA and LTE was supported on Verizon frequencies. There was also the basics including WiFi and Bluetooth. 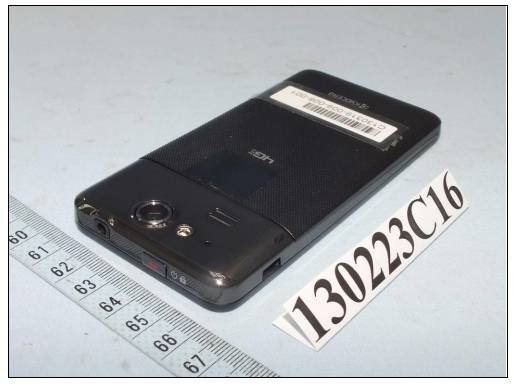 The other tidbit that ties this C6750 to the earlier Hydro Elite image render leak is the bit about it being waterproof. This FCC filing includes what appears to be a scrubbed version of a user manual. The manual didn’t include mention of anything aside from Kyocera and C6750 in terms of a name, however it did talk a bit about the handset being waterproof.

Otherwise, while this really just leaves us needing more information from Verizon Wireless, we have seen Kyocera release some Hydro branded devices with other carriers in the recent past. The Hydro Edge recently arrived with Boost Mobile and we also spent some hands-on time with both the Hydro Edge and Hydro XTRM back in late-May during CTIA.