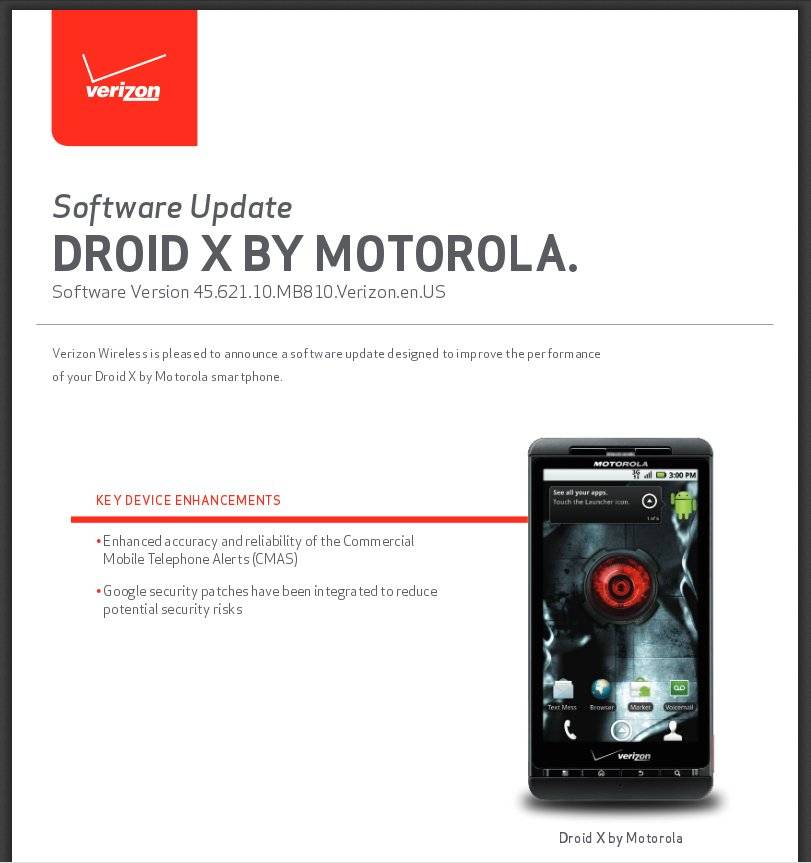 With new smartphones being released of late and much older models left by the wayside, Verizon pulls of an unusual and surprising move, releasing an update to its Motorola Droid X. While not bringing in anything earth-shattering, the update does include fixes and improvements that should make current owners of the three year old device feel less abandoned.

Motorola announced the Droid X way back in mid-2010, sporting hardware that, at that time, sounded pretty decent. A 4.3-inch display with a 480×854 resolution, a 1 GHz processor made by the then still active Texas Instruments, 512 MB of RAM, 6.6 GB of storage, and, surprisingly, an 8 megapixel camera. Marketed as an “iPhone killer” back then, the Droid X has seemingly faded into the background, along with other smartphones of that period.

Last we heard of the device was when we got word of Verizon preparing an update back in February 2012. Now Verizon is again issuing a minor update that keeps the phone still on its Android 2.3 Gingerbread software. The update includes, among other things, security fixes coming from Google as well improvements to the Commercial Mobile Telephone Alerts (CMAS), an FCC system that allows service providers to send emergency alerts to subscribers.

If you still own a Droid X from Verizon, you might want to check if the update is already waiting for you. But don’t get your hopes up that this will continue, as based on current practices, this is quite an exception.