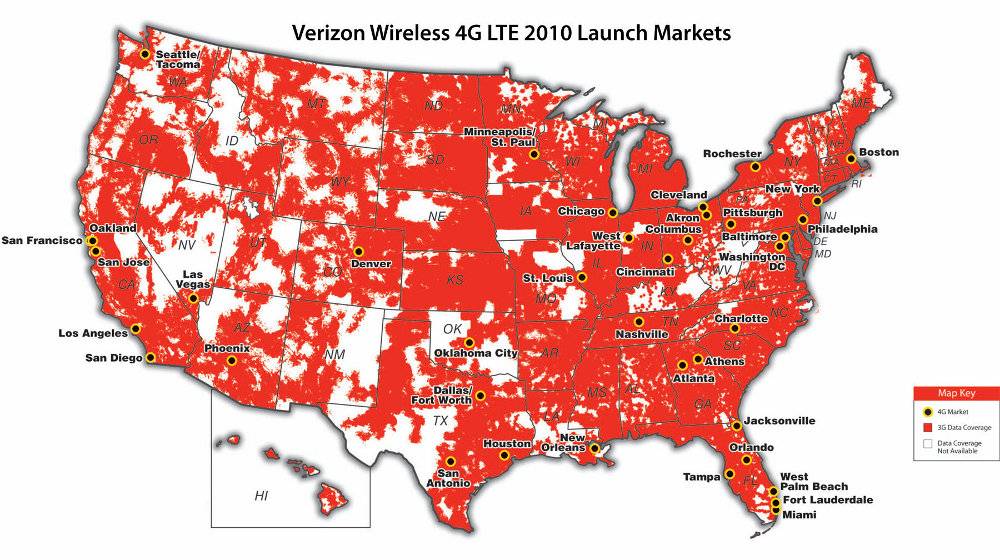 Verizon hasn’t been shy about its aggressive expansion of LTE into nearly every major market in the US. In addition to upgrading and expanding their own equipment, they’ve now purchased even more LTE wireless spectrum across the country, to the tune of $3.6 billion. The new licenses cover approximately 256 million people in the country, and should allow Verizon to continue to dominate 4G services in the US, in breadth if not in speed.

The wireless carrier bought the spectrum from various cable companies: Comcast, Time Warner and Bright House Networks. The terms of the deal allow the companies to share access to the newly available spectrum, meaning that Verizon’s wireless service may soon be bundled with television and home Internet in markets where they don’t already compete. Theoretically, the cable companies could even sell rebranded cell phone service using Verizon’s network. Who wants a Time Warner Cable Galaxy S II?

What does this mean for the wireless industry? For starters, it’s going to be hard to catch Verizon when it comes to 4G service. AT&T is the only other company that offers LTE in the United States, and at the moment it’s only available in 14 US cities at the moment, compared to nearly 200 on Verizon. AT&T has only a handful of LTE devices, with just three smartphones available, compared to dozens of smartphones (all running Android), tablets and WiFi hotspots on Verizon. The latest expansion will make it harder for AT&T to secure new markets, at least in the immediate future. The contract will need FCC approval before it’s finalized.