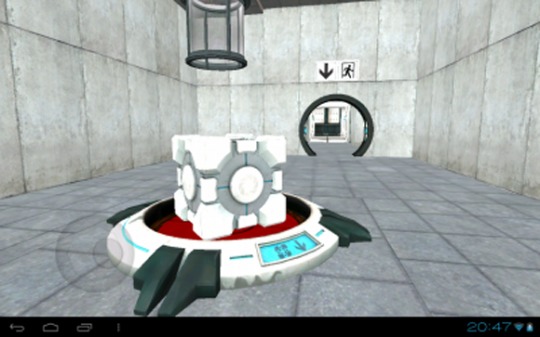 For all those fans of Valve’s extremely popular and mind stimulating game Portal, we have some bad news. After tons of excitement of the possibility of Portal being ported to Android, and tons of progress not to mention playable levels from the developers it has apparently been canceled. This was being ported by a few genius developers out of Russia but after some legal threats all bets are off.

Using the popular mobile gaming platform, the Unity 3D engine and some of Valve’s goods they were able to recreate the game and had a successful working port for Android. Things were moving along quite rapidly and only getting better and better. After the news spread like wildfire it appears the developers have been contacted by Valve’s legal team to shut it down.

And just like that the dream of playing portal on our Android devices is over. So for those that love the game, the cake is a lie! With the huge success of all of Valve’s game on PC, and the amount of interest this project received on Android, maybe Valve should wake up and smell the coffee (or Android) and start making their awesome games for the mobile markets. Android is only getting bigger and bigger and we suggest they hurry.

Sorry folks, looks like we wont be playing Portal on our tablets any time soon.