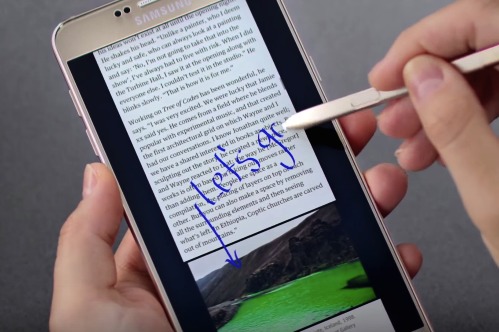 So if you didn’t know the context of the whole Galaxy Note 5 S-Pen brouhaha, you might find the headline strange or think we’re having a slow news day. But for those who have been following the whole issue with people accusing Samsung of a “design flaw” and then others saying people who put their S Pen backwards are stupid, this field report from one user is significant in its own way.

To recap, there have been a lot of reports saying that their brand new Galaxy Note 5 became “irreparable” after they accidentally put the S-Pen backwards into the smartphone slot. A lot has been said about why this is so, and how Samsung should either own up to this problem or they should not even apologize to careless people. But then this guy posts on the forums of website hardwarezone that he was able to have his device repaired at a Samsung service center.

The post was pretty detailed about everything that he did, including how many hours he waited. Bur the important take-away from his report is that he was not charged for anything by the service center. Does this mean that indirectly, Samsung is actually admitting that there really is a problem, since there were no extra charges to get it repaired? Or did the Samsung center guys just take pity on him (user name RobVanDam)?

The people at the center did say that there have been several similar incidents as well. But the good news is that, contrary to what some have been saying that it is irreparable, there is hope for your Galaxy Note 5.