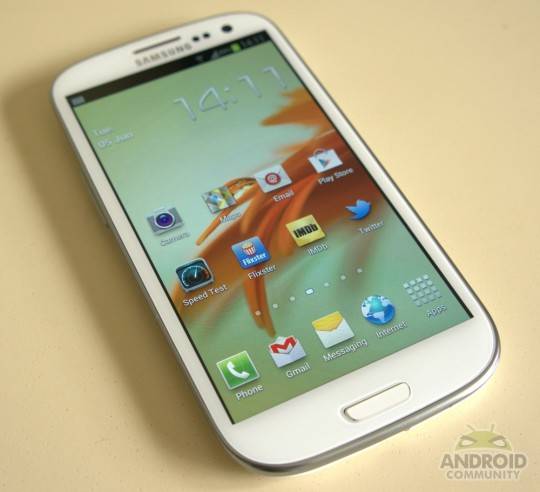 Earlier this week the folks from US Cellular announced their Galaxy S III model, just like 4 other carriers here in the US did. While most carriers mentioned pre-order dates and full pricing US Cellular left those details out. Today they’ve confirmed retail availability, as well as full pricing information.

US Cellular’s Samsung Galaxy S III will be available for pre-order June 12th just as we already knew, with availability being sometime early July. Today however they’ve just confirmed what we all already expected for pricing. The 16GB version will be priced at $199 just like every other carrier, and their 32GB model will be $249 with a new agreement of course.

The bad news here is both of those prices are actually after a $100 mail in rebate. So come launch date you’ll be forking out $299 or $349 and then getting a Benjamin back in the mail at a later date. That might cause some to think twice but this is still by far the best handset available from US Cellular, and probably will be all summer long. Hit our various links below for full details and reviews of the new Samsung Galaxy S III. You can pre-order the USC version come June 12th from uscellular.com/gs3.