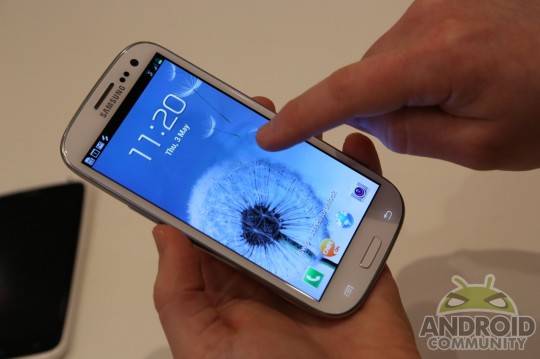 Samsung just sent out the news that you’ve been waiting for: the Galaxy S III will be available on all four of the US’ big cellular networks, plus regional network US Cellular. The rollouts will begin in June (probably with T-Mobile) and prices on contract will begin at $199. Precise dates, prices and other details weren’t mentioned in Samsung’s press release – the individual networks will make their own announcements “in the coming weeks”.

We’ve already seen leaks for AT&T, T-Mobile, Verizon and US Cellular, with T-Mobile also getting a bonus for leaking photos of their version. Verizon will be rocking the Snapdragon S4 processor, and AT&T, The Now Network and US Cellular will probably follow, so that the phone is compatible with their LTE networks. Samsung has confirmed that all United States models will use the Snapdragon S4, though T-Mobile won’t be using any LTE bands for a while. According to the press release, all the US models will see the same 2GB boost as the Canadian version.

Other than that, it’s the same Galaxy S III that you’ve seen elsewhere – 4.8-inch Super AMOLED 720p screen, Android 4.0, a new version of TouchWiz with extra apps like S-Voice, et cetera. The carriers haven’t confirmed dates yet, but since all the major carriers in Canada will be launching the phone on June 20th, it’s likely that some of their southern counterparts will launch the Galaxy S III along with T-Mobile. Start saving your pennies, Android fans.