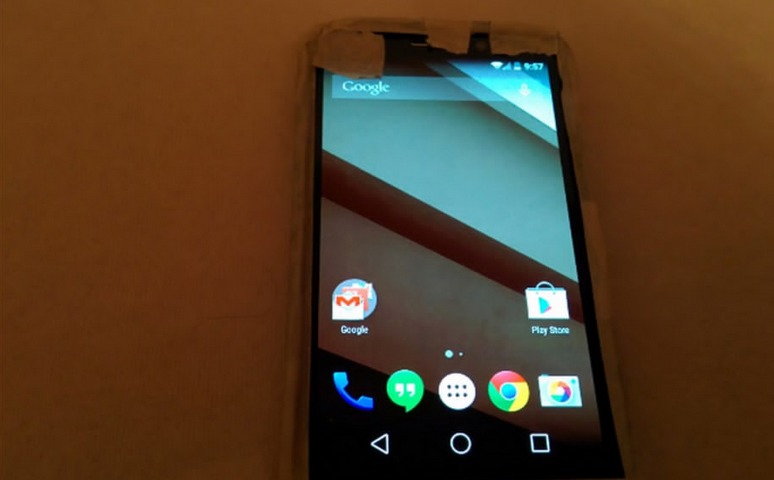 There have been rumors that Motorola is working on putting out a phablet, but those have not been substantiated – until now. A couple of new videos have been making its rounds in tech circles showing a device that is apparently larger than a Nexus 5 and seems to be running – at least from visual checks – some sort of version of Android L.

On first inspection, the screen seems to be bigger than the 5-inch screen of Google’s Nexus 5 device – one was conveniently included in the videos for comparison. It looks to be in full HD resolution, with some speculating that it might be a Super AMOLED screen. As you might remember, the rumors about the Moto X+1 is that it has a larger screen than the Moto X’s 4.7-inch display. Is this the first real look we are getting of the Moto X+1?

As Moto employees have apparently confirmed this to be a “legit device” (via a Hangouts chat), the only other question would be is this is truly the Moto X+1 or just another device Motorola is planning to launch this year. What do you guys think? Ogle at the videos below while you’re thinking.

The device is said to be running on Verizon’s network, although some tape is seen in the videos to hide some incriminating information about whoever leaked these videos. All indications from this unnamed device fits the Moto X+1, but we’re still left wondering if it really is it.