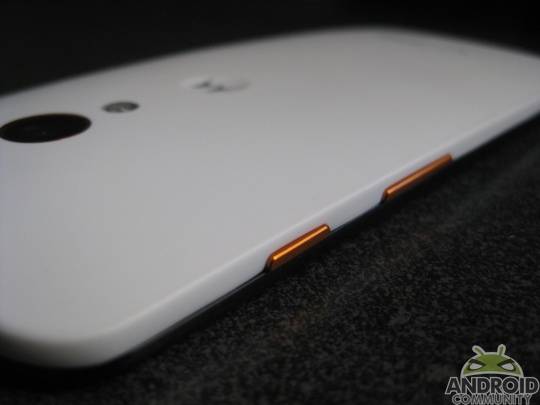 The TK Tech News Blog is claiming dibs over what may be the first few images of an actual Moto X+1 smartphone, the rumored successor to Motorola’s highly acclaimed Moto X. But if you think about it, the Moto X+1 hasn’t really been one of the internet’s best kept secrets, has it? Motorola’s not-so-subtle “gaffes” in the past few months have all but confirmed the new gadget’s existence. Now we get a few more details, assuming this is all on the level.

The aforementioned blog claims to have insider mojo on the Moto X+1, and it is from that source that we get a photo of the unit – well at least part of it. The photo shows the bottom end of the unit and nothing much else. It shows more rounded corners than the Moto X, probably taking more from the Droid Ultra design than its predecessor. The blog owners say that there will be more photos as the day advances. We do hope that is the case. 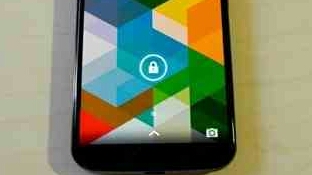 The “source” also claims solid info on the specs. The main display of the Moto X+1 will be a 1080p full-HD super AMOLED display, and the smartphone will come with ample RAM, 2GB confirmed for the device. According to the source, the new phone will come out in 16, 32, and 64GB variants, and will be supported with microSD expansion. This is all vanilla up ‘til now, as we are all waiting on what kind of processing power this new phone will have. Until we have that kind of solid information, this is a little underwhelming at this point.

Lastly, the TK Tech News’s source also claims a launch date of around late August to September. This is notable for a couple of things, but mainly because the rumored Samsung Galaxy F and Apple’s iPhone 6 is probably set to be launched also around this time period. If so, Motorola is taking a big step of faith in trying to mix it up with the big boys and launching at around the same time is a big statement of intent. The blog claims that it will have some hands-on time with the unit soon, so let’s all watch out for that. Meanwhile, check out the blog’s video commentary on their source and info.