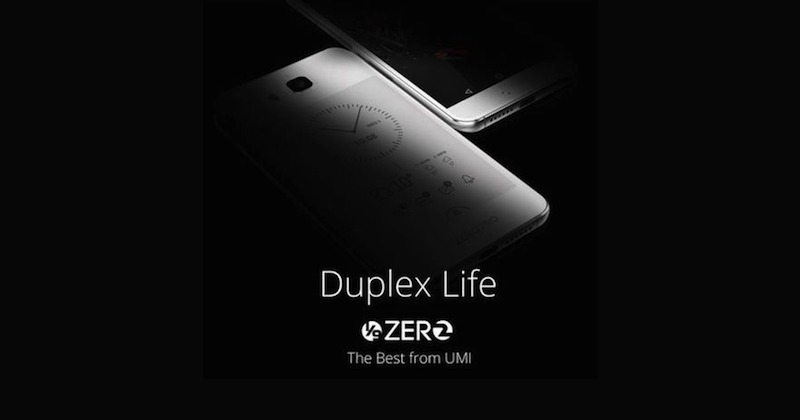 We may not be familiar with Umi but this Chinese phone maker has something special in store for the Android market: a smartphone with two screens. Not that the concept is alien to us but the image shows us a clearer idea of the e-ink display screen which can be found on the other side of the phone. In front, you’ll see a normal, color screen display while at the back is an e-ink display screen that can show basic apps like clock, weather, alarm, calls, or messages.

Also known as the Umi Zero 2, this smartphone reminds us a lot of the Yotaphone 2. Remember that smartphone with e-ink display we featured last March from Russia? Yup. Looks very similar. We’re not sure if Yota and Umi are working together or are actually the same company or from the same mother brand but there’s no doubt about the similarities of the two.

No official announcement has been made by Umi yet but the dual screen idea is still relatively new. Yota may have introduced one ahead of Umi but it only shows there is a market. The Yotaphone is expensive though at $600 (which by the way is still raising funds on Indiegogo) while this Umi Zero 2 could be less expensive. Who knows, bigger phone manufacturers may soon follow.

Unlike the Yotaphone 2, there’s is no 4G/LTE connectivity so it could really be more affordable. We’ll see about that.