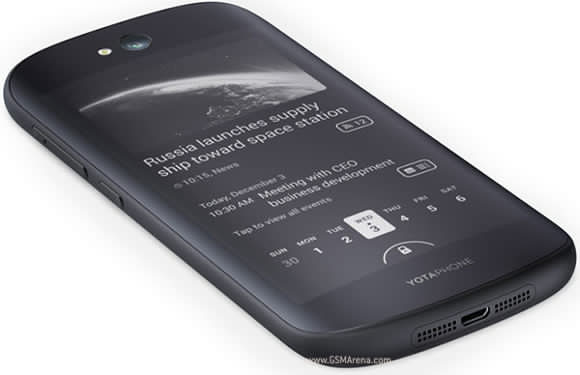 The YotaPhone 2 is a unique kind of smartphone with its dual display and it made waves when it was first introduced at the 2014 World Mobile Congress. A year later and it still hasn’t reached US shores yet, but it looks like all that’s going to change as the Russian OEM has said it will be launching in North America through crowd-funding site IndieGoGo. It may be a good move for them to scout out the interest the public has in a different kind of smartphone.

What makes the YotaPhone 2 unique, aside from the fact that it has dual screens, is that one of those screens has an e-ink display, where you can read messages, books, files, without using any of your device’s power. It can extend your smartphone’s battery life by a significant amount, since you will not be using the colored and traditional font display. What’s more, e-ink is actually good for your eyesight, or at least way better than the glare of the regular display that you stare at the whole day. The LTE-ready YotaPhone 2 will probably be upgraded to Android 5.0 Lollipop by the time it ships to the U.S.

According to Matthew Kelly, YotaPhone’s Managing Director for Americas, the campaign will start this spring and they will be offering incentives for early backers. Now as to what these bonuses will be is still unknown at this point, but it will probably be something as big as a discount on the SRP or something as little as a smartphone case. They will then be offering the smartphone to other third-party retailers like Best Buy, Amazon, etc. after its IndieGoGo run.

The YotaPhone 2 will be sold for approximately $600 when it launches on IndieGoGo and is currently only available in black, They plan to release a white version but it will be sometime in late summer.

[UPDATE] The IndieGoGo page for the YotaPhone 2 campaign is now up. Well, sort of. They’ve put up the campaign page, with a bit of information about the smartphone, but it is just a sign-up page. The campaign will officially start in April, so if you need to be updated when it will actually be live, just leave your contact details on the page.