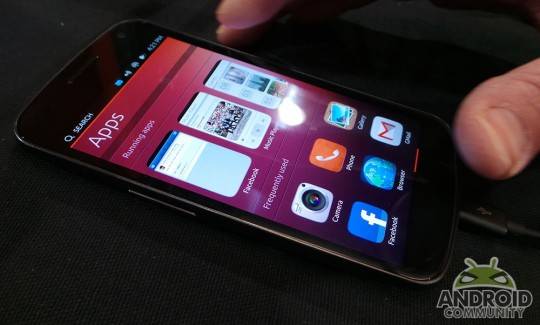 Ubuntu Touch on Android has been a slow but steady mystery. Canonical currently offers plenty of pre-release beta or even alpha builds of their software for Android devices like the Galaxy Nexus, Nexus 7, and others. However, today Canonical’s own Rick Spencer promises to have stable “daily-driver” builds of Ubuntu Touch for smartphones by the end of the month.

So what exactly does that mean? Well, the current builds of Ubuntu Touch available now aren’t quite something you can use on a daily bases. Well you can, it just won’t be much of a functioning smartphone. The project is still in the early stages and Canonical has been working hard at improving their new smartphone and touch UI for multiple devices.

When we got our own hands-on with Ubuntu it wasn’t really something you could use daily, and is still a long ways from being a fully functional OS. In February Ubuntu Touch developer previews were released, and they announced a tablet version too, but today they’re all about the smartphone flavor of Ubuntu. Here’s what Ubuntu promises to be working by the end of the month.

•You can make and receive phone calls
•You can make and receive sms messages
•You can browse the web on 3g data
•You can browse the web on wifi
•You can switch between wifi and 3g data
•The proximity sensor dims the screen when you lift the phone to talk on it
•You can import contacts from somewhere, and you can add and edit contacts
•When you update your phone your user data is retained, even if updating with phablet-flash

So instead of offering developer builds that are rough around the edges, and not useful for daily smartphone activities, we’ll have stable builds good enough for many developers to use as their actual OS of choice. One important aspect, aside from making calls and texts, is the ability to update to the latest version without losing user data and having to restart all over. Something many developers will be happy to see.

As usual head to the Ubuntu site for more details and downloads, and expect some builds coming soon with a greater emphasis on stability and usability moving forward.