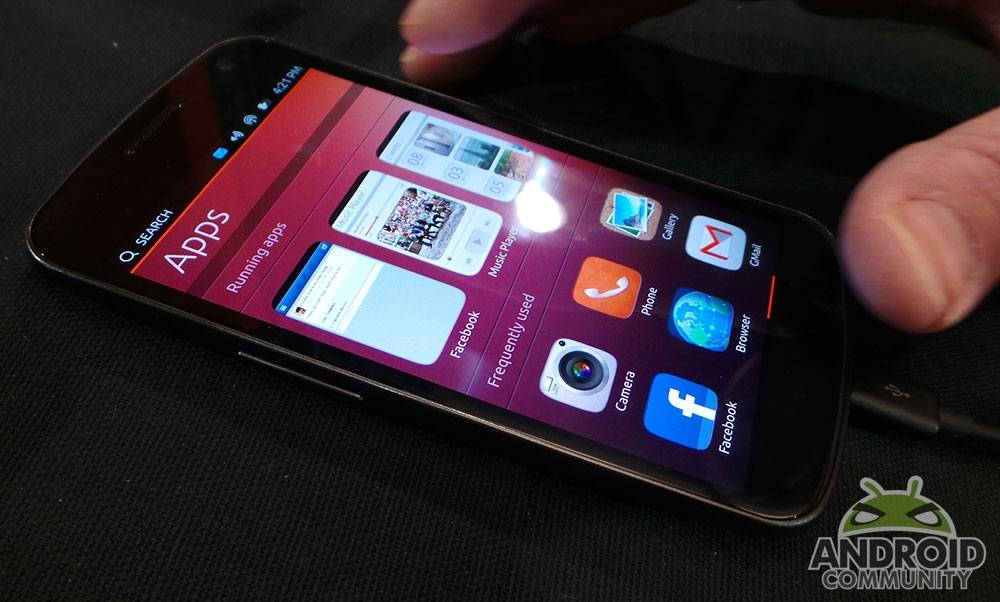 Ubuntu for smartphones was announced earlier in the month, and naturally, we wanted to bring you some hands-on coverage from CES. And while this is far from the first time we have seen Android and Ubuntu together, or sometimes a full install of Ubuntu crammed onto a tablet (such as the Nexus 7) — the version of Ubuntu for smartphones is much nicer and much smoother.

Though, that is not to say perfect. What is being shown off is being described as an early build and currently running on the Samsung Galaxy Nexus. We heard more than a few times about how they use no buttons, not even a home or back button because they use all the edges of the phone to access content. For example, you can swipe left get access to applications. 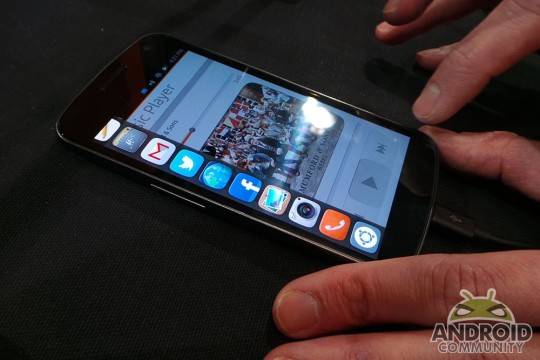 Alternatively, you can swipe right and you can go back to the previous screen. The main home screen shows “relevant” content — which is to say, the content that is most frequently used. The home screen can be customized and is broken down into sections. There are pages for apps, the gallery, video and even people. The People page will show you what your friends are up to. The expected details are included such as whether they are online and most recent updates from services such as Facebook.

The one question that seems to be key for many — apps. In the case of Ubuntu OS for smartphones, apps are a combination of web and native and both types of apps seem to blur. The apps section is interesting because they have it broken down into apps that are currently installed along with apps are available to be installed. That second section in the apps can also be customized by the carrier, which we see as something that may be a perk for the carriers, but an annoyance for the users.

Going back to using the four edges of the phone (as opposed to buttons) and we find that by swiping up when viewing an image in the gallery — you will be given options to share the image. Moving up to the top and a swipe down will bring you to the system settings. Another interesting section is the messages, which will allow for direct integration. For example, you can send a reply and even return a call without leaving. All said and done, Ubuntu does look really good running on the Galaxy Nexus, however time will tell how well received it will be.