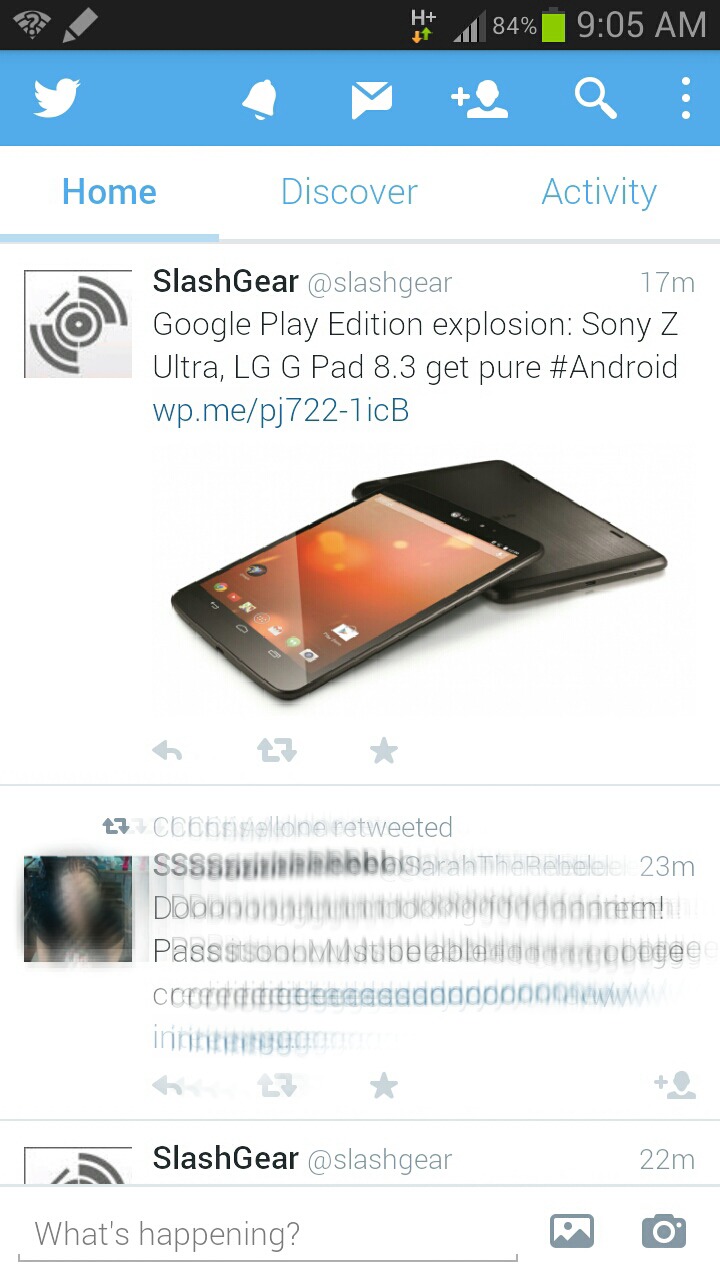 Twitter is finally making available to the general public the latest major version of its mobile client. Starting with version 5.0, Twitter users on Android will be greeted with a revamped interface and a couple of new options to help keep you notifications to a minimum.

The Twitter app’s layout has been cleaned up and streamlined for quicker access to different features. One can swipe sideways to switch between Home, Discover, and Activity timelines, with the latter focusing on the popular tweets and people from those you follow. It is now also easier to reach your Direct Messages via the toolbar at the top. And speaking of direct messages, the updated Twitter client now also allows users to send, receive, and view photos in DMs.

People who follow dozens, if not hundreds, of people might appreciate the app’s new notification features as well. For one, users will have the option to tidy up their Notifications timeline by only showing notifications from people that you follow. There is also a new push notification feature that will inform you when certain people you have chosen have tweeted something. Simply favorite the person by tapping on the star on their profile page.

The new Twitter client does provide a more convenient design but still lacks a tablet-optimized version like what was seen on the Samsung Galaxy Note 10.1 2014 edition. If that isn’t much of an issue, Twitter version 5.0 is freely available for download and the update should be rolling out to users already.