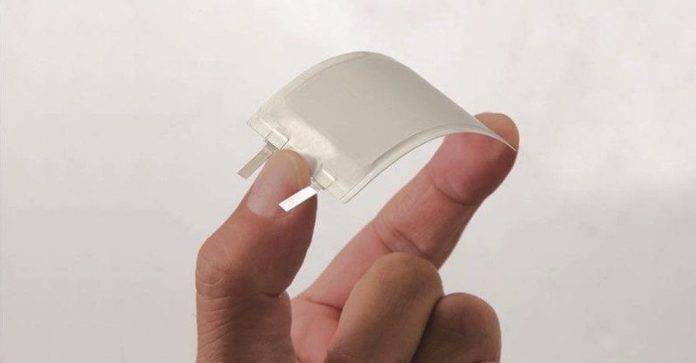 Scientists are continually searching for new battery technologies. The most common today that is used as a standard in most industries is lithium-ion. We’ve heard several developments and ideas already that hopefully will improve battery life including the lithium anodes, LithiumCard PRO, Lithium-air, and lithium-sulfur battery. They’re all lithium because they are more reliable and plausible, at least, for now or until a new technology is developed.

One of the most reliable battery makers in the world today is Panasonic. The Japanese company is a big mover in the mobile industry. Recently, it has developed a new flexible lithium-ion battery—something you can use for smaller and thinner devices like maybe a smartwatch or a fitness tracker.

Charging and recharging the super thin and flexible battery will not change the quality of the product so you know it can last longer. It is so bendable and twistable that you can use it for smart clothing and other related wearable items. There’s also the fact that its outer body is laminated so it can take the heat or prevent any leakage.

The flexible rechargeable battery is only 0.55mm thin but is already able to withstand the test of time and rigorous bending. The battery can be bent and twisted and still survive and maintain its characteristics.

This new battery technology isn’t final and official yet but Panasonic plans to ship the batteries by end of October. Battery is bendable alright but capacity is only small. It can only go up to a maximum of 60mAh. You can’t use it on smartphones but only in wearables or smaller devices. We’re guessing more IoT devices will take advantage of this.