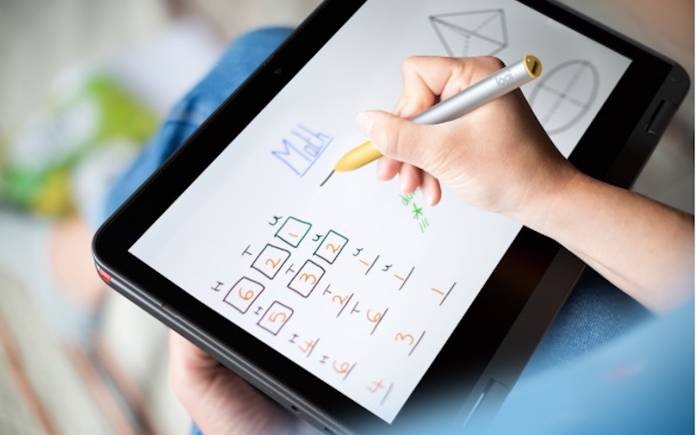 Not many people know this but your Chromebook can be more powerful by using an additional tool. Get a new Logitech Pen and you can transform your Chromebook into a digital tablet. Logitech definitely knows what the educators and students need. And since Chromebooks have become more popular and common in the K-12 setting, it’s only right that we get to maximize the device. The Logitech Pen is one result of a recent collaboration of the company with students and teachers.

The Logitech Pen is mainly a rechargeable stylus for Chromebooks. It’s not just for any ordinary Chromebook but for those that are USI-enabled. USI refers to Universal Stylus Initiative standards.

The stylus is also Works with Chromebook certified just like the One by Wacom pen tablet from last year. If your Chromebook offers support for USI, you can use the Logitech Pen with it.

The new Logitech Pen’s size is just right for the kids. It comes with a non-slip design and allows easy pairing. The battery can last up to 15 days on a single full charge. You can consider it as a handy companion for the classroom as it lets you take down notes or draw on your USI-enabled Chromebook.

The stylus from Logitech helps teachers and students to be more productive than ever. A Chromebook turns into a tablet with the digital pen, letting you sketch or jot down ideas quickly. It’s like having a notebook and tablet in one. Use the Chromebook as an ordinary laptop and then use it as a tablet with the help of a Logitech Pen.

The tip comes with 4,096 levels of pressure sensitivity. This allows “unparalleled accuracy”. The stylus offers military-grade drop protection and a liquid spill-proof design.

You can charge with Logitech Pen with the USB-C charger of your Chromebook. Price tag reads $64.99. You can get it now at Logitech Education resellers in the country. Key global markets will also get the Logitech Pen.