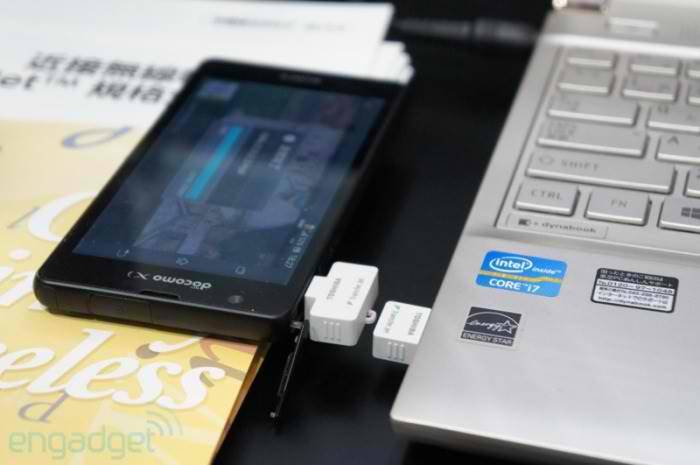 With a good week or two left before the rumored end of year production schedule, Toshiba has announced the availability of its TransferJet product. This pair of USB and micro-USB sticks is supposed to be Toshiba’s answer to the problem of quick and easy transfer of files between a mobile device and a computer, but it has its own quirks that might make it even less feasible.

It’s been almost a whole year since Toshiba first unveiled this wireless transfer technology at CES 2013 in the beginning of the year. It appeared in a more refined version in early October at CEATEC in Japan. In concept, it utilizes wireless technology to quickly and conveniently transfer files between a computer with a regular USB port and a mobile device, particularly an Android one, with a micro-USB port without fumbling around with cables. Unfortunately, there are a few caveats to the the whole thing that makes this solution less than perfect.

For one, the device compatibility is a bit limited. On the computer side, it requires Windows 7 or 8, which will leave Mac and Linux users out in the cold. On the mobile side, it only works with Android, and not all Android devices but only those running Android 4.0 or higher. But more importantly, the “wireless” aspect of the sticks isn’t all that Toshiba makes it out to be. Unlike Bluetooth, it requires a much closer proximity between the two sticks, almost within NFC distances. On the other hand, unlike NFC or other wireless transfer alternatives, it does allow transfers or large data at faster rates.

The Toshiba TransferJet sticks are available in Japan for around $38. At the moment, there is no word on when it will be made available in international markets.