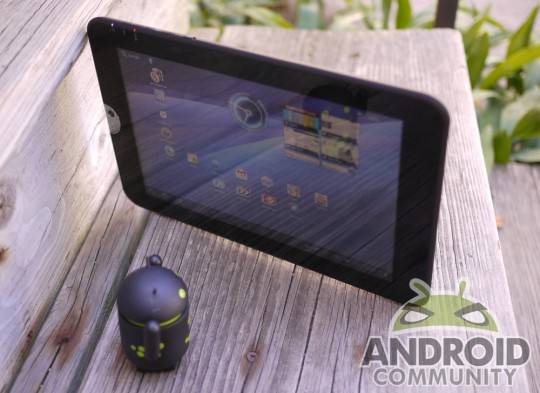 Well it looks like Toshiba has some rather bad news this morning regarding their Thrive tablets. Announcing that the Toshiba Thrive and Thrive 7-inch tablets won’t be receiving the update to Android 4.0 Ice Cream Sandwich this month as originally reported, and instead will be waiting until sometime this fall.

The image above says it all. Andy staring at the chunky and now delayed Thrive with disappointment. Toshiba’s Thrive might not be the best tablet around but it had great specs, and an even better price. Between the multiple sales and bargain bin sightings I’m sure it has many owners, that are now left waiting even long for the update.

The Thrive was late to update with Honeycomb builds and back in late February Toshiba confirmed ICS would arrive in June. Now that June is almost over it appears that today they’ve delayed their plans until “early this fall” as reported by Phandroid. Early fall was the only time frame that was given so we’ll report back once we hear anything closer to an actual date from the folks of Toshiba.