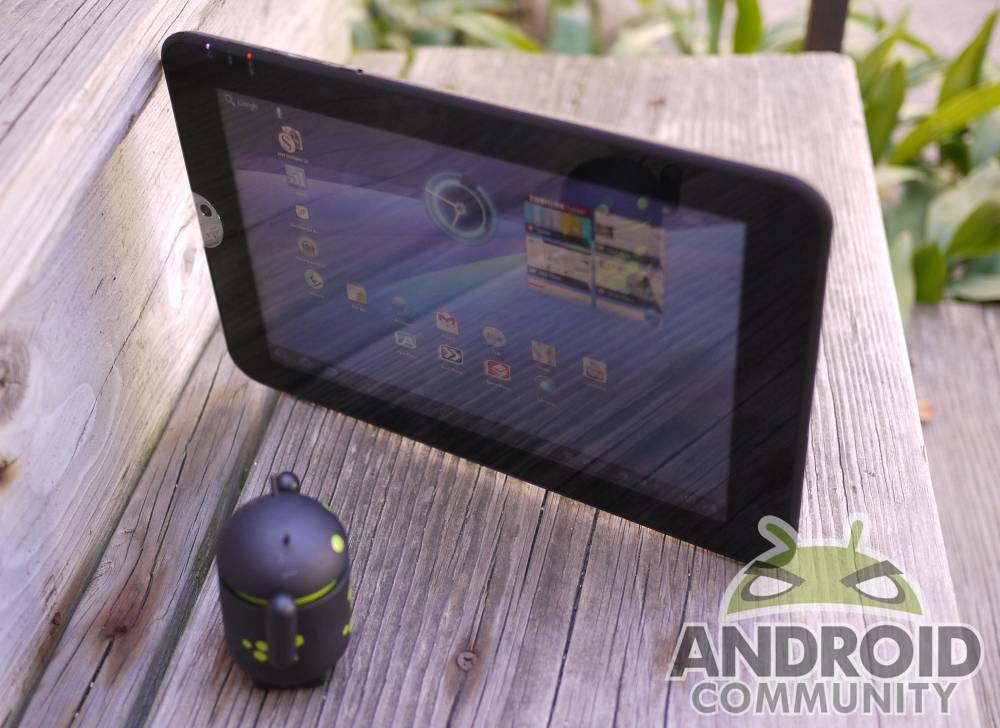 Android 4.0 Ice Cream Sandwich is all the rage right now and we are slowly learning the update paths and plans for all the popular devices. Toshiba has been pretty quite as of late but this week they finally gave us a little more details although nothing concrete. Confirming that Android 4.0 ICS for the Thrive wont be here for a while. Possibly as late as the end of June.

We have been following along with their @ToshibaUSA Twitter account and while an official actual date or time frame has not been released they did offer a small update yesterday. Stating that Android 4.0 ICS for the Thrive is targeting for the end of Spring. For those that don’t follow, Spring is officially over around the end of June (19th to be exact) here in the USA. So chances are we’ll be waiting a while to get anything official from Toshiba.

Obviously this is just a rough time frame that was released by an employee over on Twitter and hopefully that is very rough and a worst case scenario. It really shouldn’t take them that long for the update to roll out but we’ll just have to wait and see. With the Prime and XOOM already on ICS, and many Acer tablets getting it already too we see no reason to have to wait so long.

It looks like both the 7 and 10″ Thrive tablet wont be getting any frozen treats for a few more months. Hopefully some leaks appear to give everyone a little hope in the mean time.