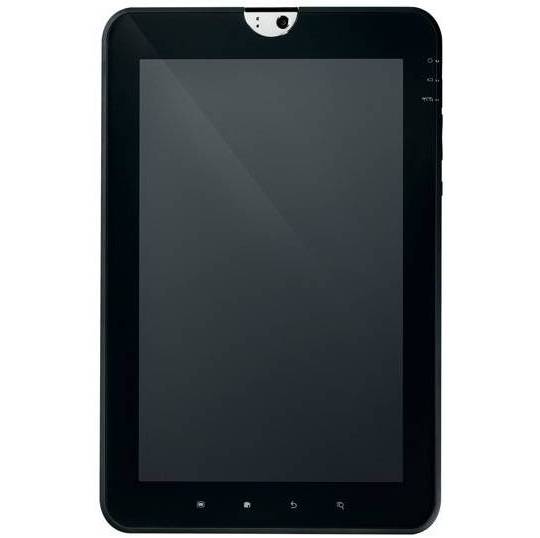 It looks like Toshiba is getting ready to release an Android 3.0 Honeycomb tablet in the near future. According to a General Manager of Toshiba. He goes on to mention that it will not only compete with Apple’s iPad 2, but that it will beat it and will be superior. That is a lot to stack up against, we know. The Motorola Xoom holds it’s own though, and it does it well.

Apparently Smarthouse had the story, saying that Rob Wilkinson, General Manager of Toshiba Australia’s Information Systems Division (ISD) said the following: “We believe that our device is superior to the Apple device, it may be a little heavier (773g) but it does have a lot of features that the iPad 2 does not have”, he then mentions “We are confident that we can match Apple pricing for their new iPad 2 while delivering a device that is richer in features”.

So far not a lot is known about this Toshiba tablet, but we can imagine it will have specs that are about the standard these days, especially with the above claims. So dual core (assuming Tegra 2), 32GB Memory, SD Slot, USB and HDMI Ports, as well as sporting a higher resolution than the iPad 2, same as the Xoom at 1280 x 800 pixels. The higher resolution, HDMI out, SD slot, and removable battery are a few of those superior features that Wilkinson’s mentions. If the story and pricing holds true, come April or May we should have another tablet to compete and or beat the iPad 2, just like the Dual Core MSI Windpad, and the Samsung Galaxy Tab 10.1 will be doing.