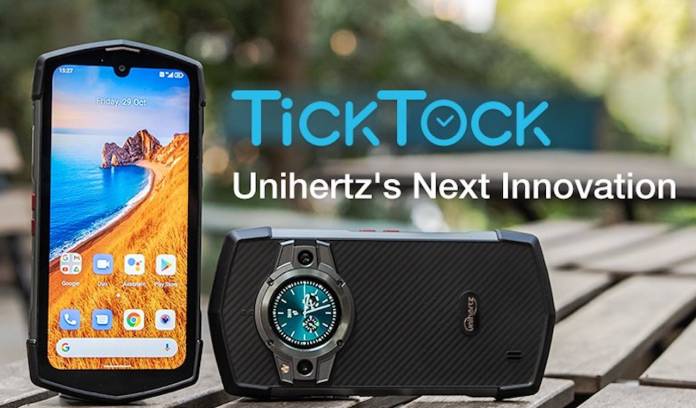 TikTok seems to be the most popular social media network today but not many people like it. There are plenty of security issues and that is why the app is banned in some countries. It’s not exactly related to the app but there is a TickTock phone. It is spelled as the sound of the clock. The project is still being finalized but it will be on Kickstarter soon. This isn’t the first phone we Unihertz is introducing. In fact, we have seen a few unique phones from the brand in the past.

Unihertz wants to show off another rugged phone. This time, it will already offer 5G connectivity. It seems the mobile market is really seeing the era of 5G come alive.

Details are scarce but Unihertz described TickTock as a 5G rugged phone with a dual-screen design. Perhaps the name will make it attractive to millions of TikTok users. So can the TickTock really be a TikTok phone? Maybe. But that clock design of the display on the rear can really tell the time.

The phone looks really sturdy with those thick frames and case. A round display is found on the rear that can show more than just a digital clock. We’re assuming that will be helpful when you need to take a selfie or umm, TikTok video. Let’s just wait and see.