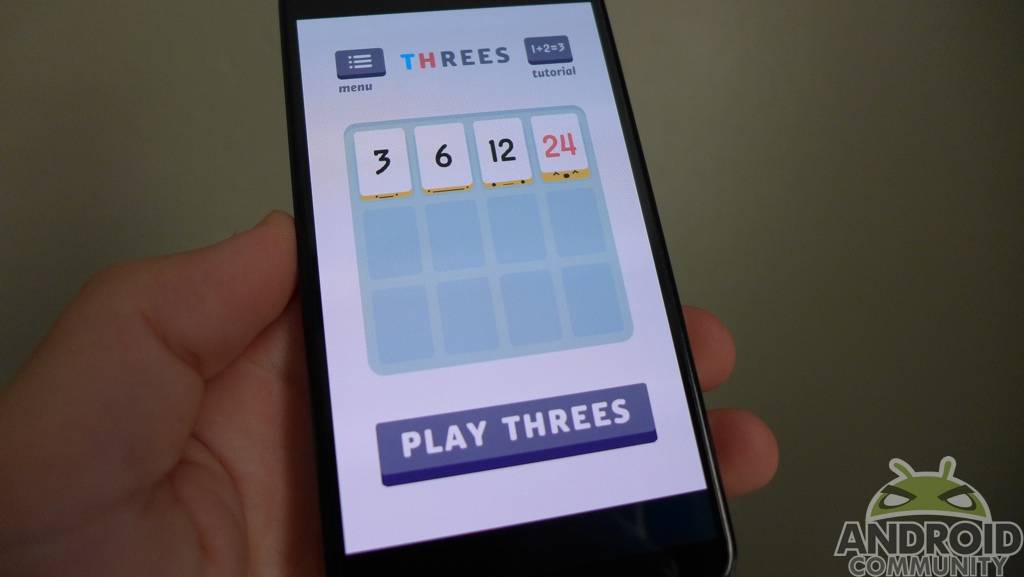 Threes! has been available for iOS users for roughly a month now, and while Android users have had similar number-based puzzle games available, we suspect some have been waiting to hear about Threes! for Android. Well, the developer, Sirvo LLC, has made the game available by way of the Play Store. And nicer yet, they are selling the game at a discounted price to celebrate the launch.

In a basic form, the game is simple — you slide the numbered tiles around the board trying to get threes. You combine the 1s and 2s to get 3, and then from there you can combine the 3s to get 6, the 6s to get 12 and so on. You then try to get the highest score you can before filling up the board. The problem here, while the game sounds simple, it is also rather addicting.

Otherwise, Threes! is touted as being able to provide an “endless challenge from one simple mode.” There was also mention of how the game has an endearing cast of characters and a heart-warming soundtrack. And just in case you are like us and didn’t find the soundtrack quite as heart-warming — it can be turned off in the settings. While the game isn’t free, it does come with mention of how there are no in-app purchases.

Now if you’ll excuse us, we have a high score to try and beat as we shift our addiction from Fives.