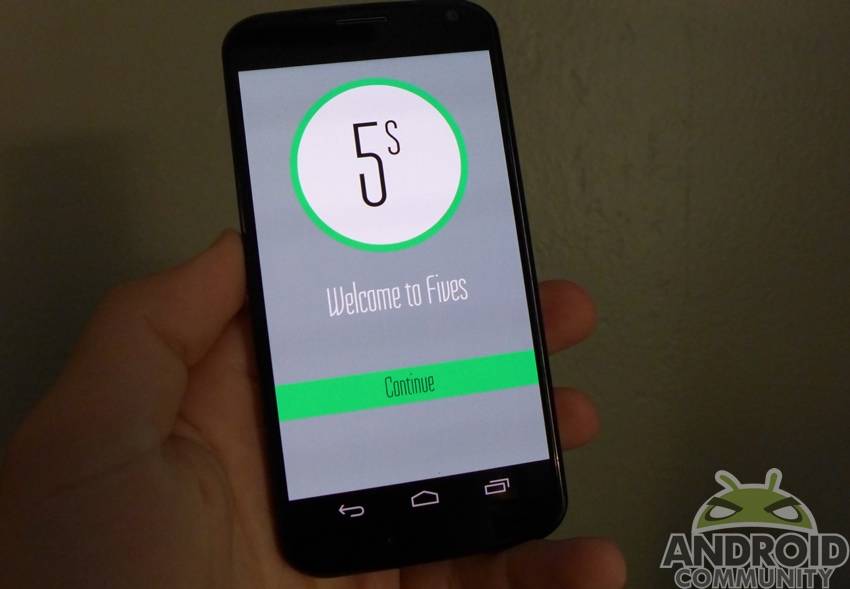 As we try to flush Flappy Bird from our memories, some will find help by simply shifting towards another game. Having said that, it seems there is now another game starting to make a bit of a rise with Android users. The game is called Fives, and appears to be rather similar to a game called Threes, though the latter is only available for iOS.

Fives is described as a “deceptively simple puzzle game.” To that point, it seems to be rather simple, but at the same time — it is rather frustrating, and can probably be described as addicting. Basically, Fives is another of those games that is quick and easy to pick up, but also hard to put back down. The premise is fairly simple, you match similar numbers.

You’ll find yourself looking to combine 2 and 3 to make 5. You’ll also need to combine those like numbers to double them. In that case, 5 and 5, 10 and 10, and so on. You can slide up, down, left, or right. The spaces fill up as you go, and the game ends when you fill the board and cannot do any more sliding.

You also have the option to undo a move, just in case you suddenly realize you just put yourself in a bad spot. The game is free to download and free to play, but there are ads. But for those willing to shell out a few bucks, those can be removed for $1.99 using an in-app purchase. Fives can be downloaded (for free) from the Google Play Store.