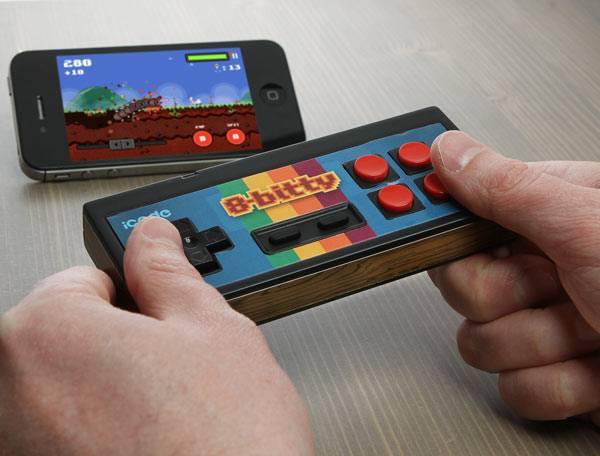 Thus far, Android has proven to be a fantastic platform for classic game emulation, especially if your tastes lead you to prefer games made before 1995 or so. But try as we might with grips and even specialized hardware like the Sony Ericsson Xperia Play, there’s just nothing like a classic game controller, with buttons you can count on one hand and a non-existent approach to ergonomics. ThinkGeek, long-time nostalgia enabler and supplier of geeky tools to the poor and the gentry, intends to make your gaming sessions authentic with the iCade 8-Bitty Bluetooth controller.

If the 8-Bitty looks familiar, congratulations: you are not lacking in a proper classic gaming education. It’s a dead ringer for the original Nintendo Entertainment System controller, with the addition of two extra face buttons and shoulder buttons, so it’ll work with Super NES and Genesis games, too. Most popular Android emulators and many games include support for Bluetooth controllers, and even if they don’t, ThinkGeek is creating an open SDK for developers to make sure. If all else fails, Ice Cream Sandwich includes built-in controller support, so modders should be able to get it to work with just about anything on ICS phones, tablets and ROMs.

The best part? It costs a mere $24, making your nostalgia trip a decidedly economy-class one. For the record, that’s cheaper than popular hack victim the Wii Remote ($40) and probably the SteelSeries Ion as well, whenever it comes to market. While ThinkGeek has a price for the 8-Bitty, they don’t have a timeframe – more’s the pity. Oh well, that’ll give developers more time to get their games ready… and for ThinkGeek to get some more appropriate photos.