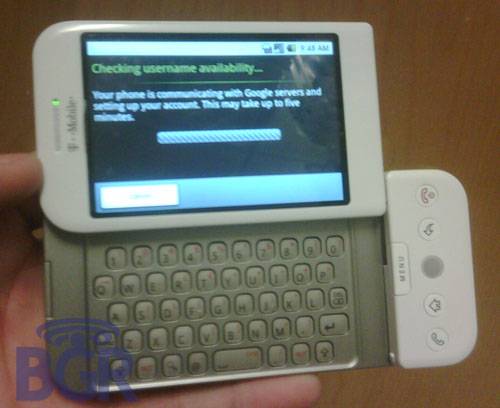 Ever since the initial launch we have been asking, where is the white G1? Residents of the US only had the opportunity to choose from either black or brown, while residents of the UK have a choice between the black and white. There is still little known about this arrangement.

The first rumor we heard about the white model was deficiency in the paint causing it to eventually chip. We felt this was a little off because the casing of the G1 is in fact made of white paint. Whatever the case there is no longer a wait to get your hands on the white G1 in the US. The white G1 has been spotted on store shelves recently. Not all stores have received the white G1 however.

It looks like the price of early adoption is the white color and the newly added 3.5mm headphone jack. There is still no word as to weather the UK will be getting the brown color, or what colors will be available for the Philippines launch.  Now that its out, how many of you are having buyers remorse?