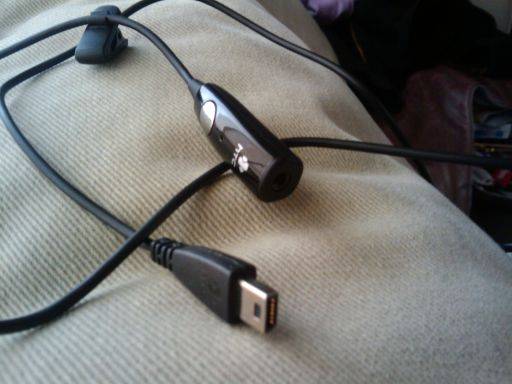 Everybody who has the T-Mobile G1 can testify that the USB adapter needed for the 3.5mm headphone jack is a bit clunky and annoying. Well it sounds like T-Mobile has taken note of this problem and now has a fix for those who have not yet purchased the G1.

One of the largest complaints we have heard is the lack of the 3.5mm headphone jack on the G1, but this may be a thing of the past. The G1’s are now reportedly shipping with an in line adapter that acts as an extension to he headphone cord itself. This adapter adds length to the cord with a more natural look as if it is not there at all. The adapter even includes a microphone and answer button so users can use the headphones as a headset as well.

Now users will be able to use their favorite headphones when listening to downloaded music from Amazon MP3 or watching videos via YouTube. So far no one has been able to convince T-Mobile or HTC to send them the 3.5mm headphone adapter. Maybe if there is enough demand from customers, T-Mobile will instate a program that will get the adapter to early adopters.