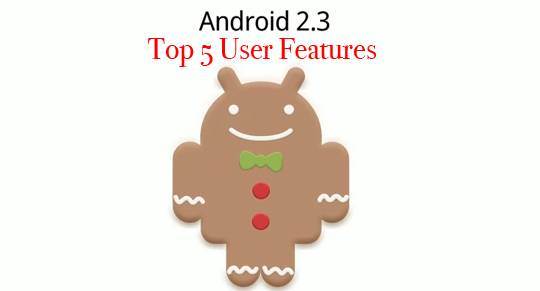 So Android 2.3 has been announced to the masses, and although you cannot have it until December 16th for Nexus S purchasers and it’s only a “minor release,” ZDNet has gone and put together what they say to be the top 5 user features of the much anticipated update to our favorite mobile OS.

The following updates are among the countless minor tweaks to the operating system as a whole and are what are said to be the “useful or game changing” updates.

So we were quite impressed with Gingerbread as a whole, and although it’s only a minor release (the next major release will be Honeycomb, next year), it brings along quite a bit of features that we can all appreciate. If you would like to know all of the features of Android 2.3, check out our summary post!